While Windows 10 is improving by leaps and bounds, there are some legacy features the new OS is sadly leaving behind. It’s the same case with the inbuilt DVD player. For years, Windows users could play DVDs with the native Windows Media Center application without any problem. However, due to some issues with proprietary codecs, Microsoft had to forego the once-popular Windows Media Center. Now with WMC being discontinued, the users are out on a limb. So in this article, I have shared the 10 best DVD players for Windows 10 which work flawlessly. Along with that, I have provided some additional tips to make the DVD playback seamless on your PC. So without wasting any time, let us begin.

What Happened to the Windows Media Center?

Windows Media Center was a popular media application which had support for several media formats. It could play media files directly from the DVD without any codec or incompatibility issues. However, due to licensing issues with the MPEG2 codec, Microsoft had to strip Windows Media Center from native DVD playback support. Gradually, WMC faded into oblivion and Microsoft discontinued the product with the release of Windows 10. At present, there is no native way to play DVDs on Windows 10. But you don’t have to worry at all. We have got some amazing third-party apps which can play DVDs without any issue. So without further ado, let’s begin with the best DVD players for Windows 10.

The Best DVD Players for Windows 10

In this section, we will share the 10 best DVD players for Windows 10. Almost all the apps support and can play a large number of DVD media formats. Besides the third-party apps, we have also included a DVD player developed by Microsoft. So that being said, let’s go ahead and check out the apps.

VLC doesn’t need much introduction, but if you have no idea about it, let me briefly tell you about this awesome app. VLC is a free and open-source media player which supports countless numbers of media formats. It can play DVD, CD, Blu-ray, and both encrypted and unencrypted DVDs. Talking about the performance, it’s simply top-notch and plays videos without any stuttering issues. You won’t find any incompatibility, lag or audio issues with VLC, largely due to its huge library of decoders and encoders. VLC heavily relies on FFmpeg project which provides many alternatives to the proprietary codecs. All in all, it’s one of the best apps among all DVD players for Windows 10 and you simply can’t go wrong with it.

Note: You must have VLC 3.0 and above to play Blu-ray media files. Also, make sure to download the installation file directly from the official website. The one hosted on Microsoft Store doesn’t support Blu-ray playback.

Since Windows Media Center is no longer available, Microsoft has developed a standalone app which can play DVDs fairly well. It is not part of the OS and you will have to download it from the Microsoft Store. Do note that Windows DVD Player is a paid app and you will have to shell out $14.99 to buy it. But before that, you can take a 7-day free trial and decide if you want to go with this app. At the outset, it plays DVDs pretty well and supports many video formats. However, you can’t play Blu-rays so that’s a bummer. Nevertheless, the performance is decent and I found no playback issues. Overall, it’s a good app without any bells and whistles. If you miss Windows Media Center, this app could be a good replacement, but do take a trial before finalizing your purchase. 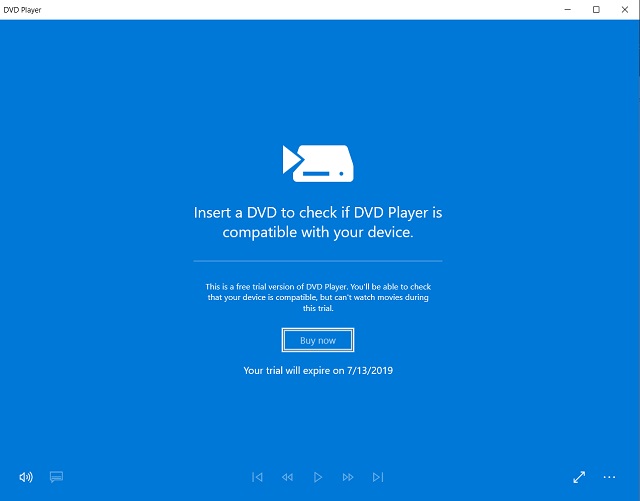 Media Player Classic is a pretty popular app, second only to VLC. Similar to VLC, it’s a free and open-source app which supports a multitude of media formats. It can render DVD and Blu-ray media files flawlessly using its in-house developed codec. MPC, as it’s widely known, is popular for its community-based codec pack. It’s their largest library of codecs which can transcode and play almost every media format out there. To conclude, Media Player Classic one of the best DVD players for Windows 10. If VLC Media Player doesn’t cut for you due to some reason, I have no hesitation recommending the Media Player Classic. Go for it. 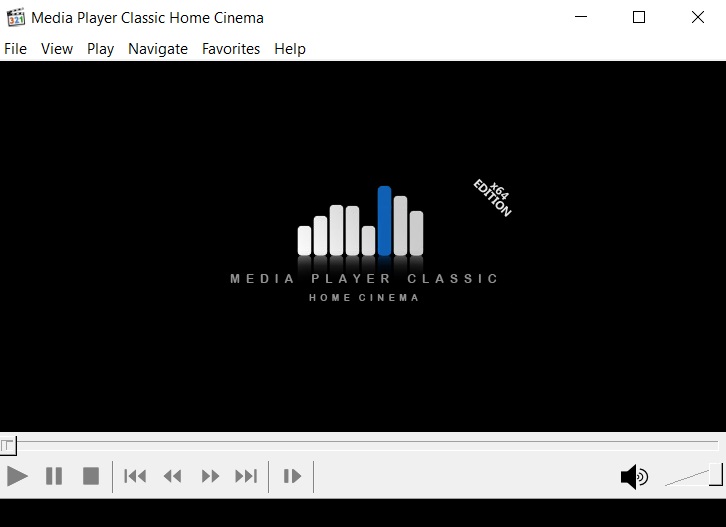 Kodi is a powerful media center app which can play any and everything you throw at it. Among the many things it offers, Kodi has playback support for DVDs, CDs, Blu-rays and a lot more. You have to just insert the DVD and Kodi will detect the media source. It uses something called the Core which is designed to handle DVD playback. The Core is based on the libdvdcss library which supports almost all the mainstream media formats. It’s so powerful that it can transcode media files in real-time. It can play videos directly from VOB, FUP and other DVD media formats without uncompressing it. If you are looking for the best DVD players for Windows 10, Kodi is surely one of them. You should definitely give it a try. 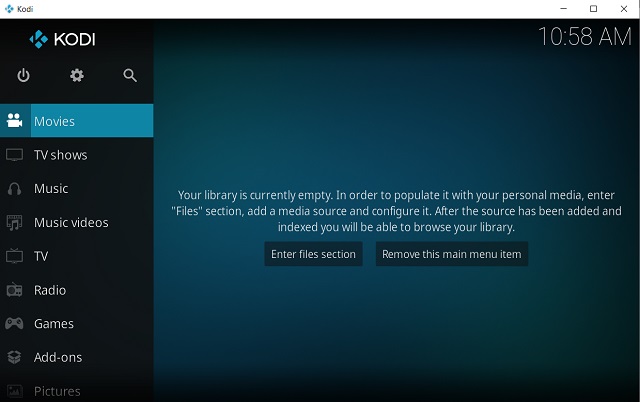 Note: To play DVDs automatically with Kodi, go to Settings-> Player-> Discs-> Enable the first toggle. Also, if you are new to Kodi, check out our article on best Kodi addons, Kodi repos, Kodi skins, Kodi keyboard shortcuts, Kodi installation guides, and more to get started with the app.

CyberLink PowerDVD is a powerful application to play all kinds of media disc formats. It can play 8K, 4K and HDR videos from DVD and Blu-ray media discs. The app has got certification from the Blu-ray Disc Association so it uses the proprietary codecs to play a large number of media formats without any playback issues. Besides the video playback, it has got TrueTheater Technology which is supposed to bring surround sound system effect. It’s clear that CyberLink PowerDVD is a feature-rich app and one of the best DVD players for Windows 10. But it comes at a price and you will have to pay $59.99 to buy the Standard version. However, before purchasing you can take a free trial for 30 days and see if the premium features make sense to you. 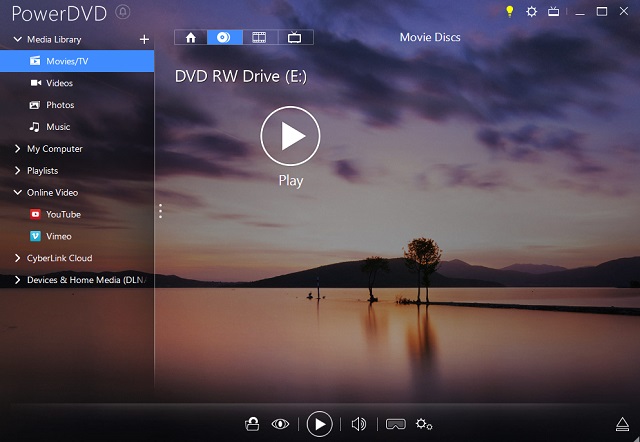 KMPlayer is one of the oldest and most powerful multimedia players available for Windows 10 OS. It supports a wide range of media formats including DVD, VCD, SVCD, and Blu-ray disc images. KMPlayer sports a powerful renderer which can play any kind of video format you throw at it. The video quality is great and there is no lag whatsoever even while playing large files. KMPlayer has a huge list of media libraries and in-house codec support which brings significant improvement to DVD playback. Simply put, if you are looking for a DVD Player for Windows 10 which supports almost every media format then KMPlayer is for you. Just install it and you will be all set to play DVDs on your Windows 10 PC without any issues. 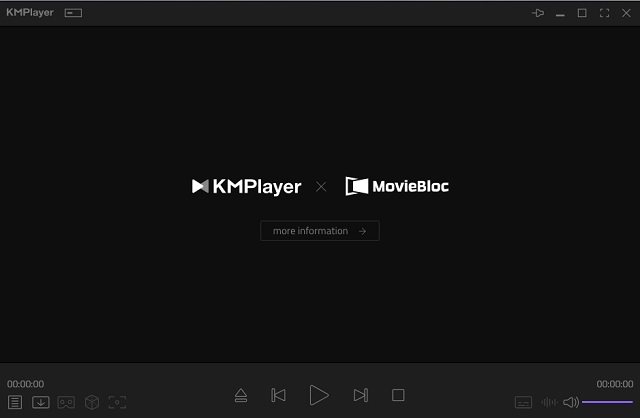 PotPlayer is a simple multimedia player for Windows 10 with support for DVD playback. It doesn’t have a fancy UI but it can play Blu-ray disc images, IFO media files, and more. The great part is that the performance is absolutely fantastic. It uses open-source video codecs to transcode and render DVD media files. I found no stuttering, incompatibility or rendering issues while playing DVD files with PotPlayer. If you are looking for a no-frills DVD player for Windows 10, PotPlayer can be a great alternative. You should definitely give it a shot before going for the paid ones. 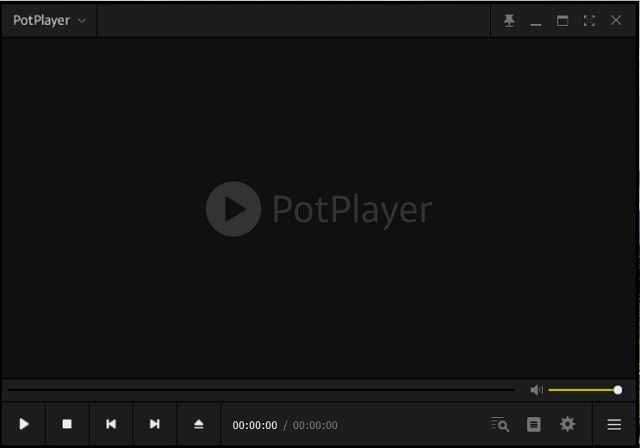 SMPlayer is another free and open-source app which can play a large number of media formats including DVD, VCD, Blu-ray, etc. The video playback is excellent with great clarity and it can also play 4K videos up to 60 FPS. Overall, the performance is quite stable and I found no glitch while playing multiple DVD media files. It can also provide subtitles for videos played from DVD and Blu-ray discs so that’s great. Besides, SMPlayer supports hardware acceleration so you will not face playback delay or stuttering issues while playing a large volume of DVD media files. All in all, it’s an awesome DVD player for Windows 10 and you can give it a try for a change. 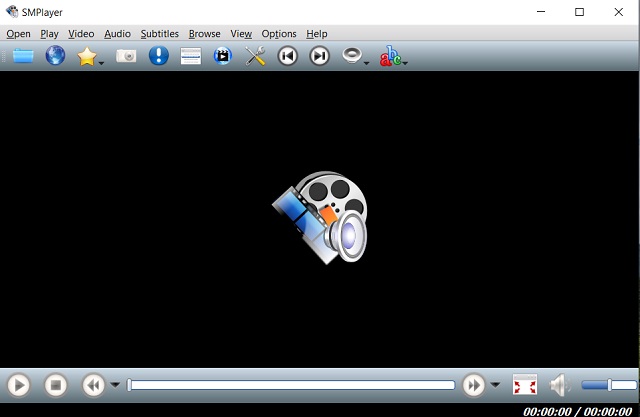 GOM Player is an interesting DVD player for Windows 10. Among many media formats, it can play DVD, VCD and SVCD disc images flawlessly. The distinct feature about GOM Player is that it can play broken media files by finding the missing codecs. It has something called Codec Finder service which looks for the damaged part and rebuilds the index. It patches the bad frames with missing codecs or by simply skipping it. If you have a DVD and you are unable to play it due to damaged tracks, you can give GOM Player a shot. It’s definitely worth it. 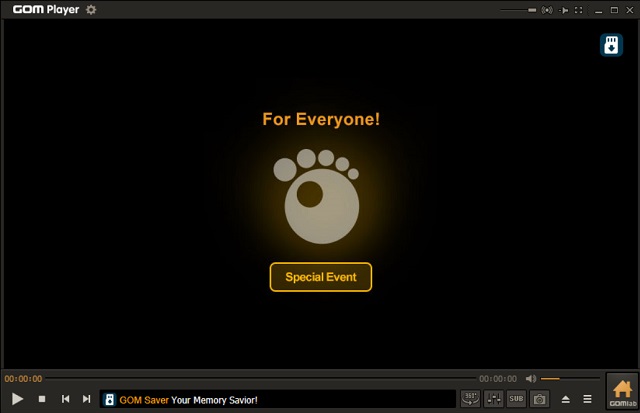 5KPlayer is our final app on this list. It’s a multimedia player which supports several mainstream media formats including DVD and VCD images. Do note that it doesn’t support Blu-ray media files so you will have to convert the disc images first and then play it with 5KPlayer. Talking about the performance, it is quite decent and the app can play DVD file formats directly from the optical disc. I didn’t find any stutter or audio delay issues while playing DVDs so that is great. All in all, it’s quite a decent app and you can give it a try if you want a sleek-looking DVD player for your Windows 10 PC. 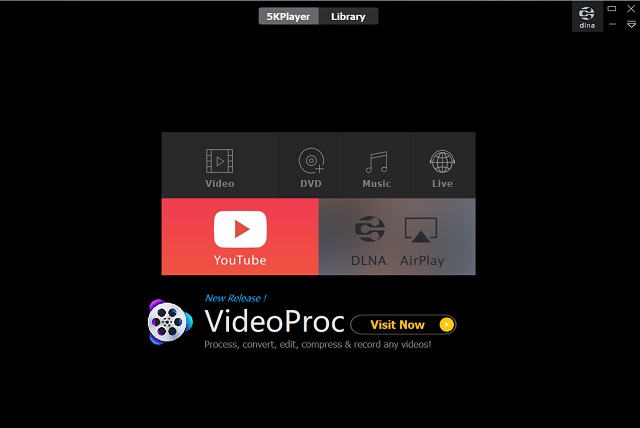 In the above section, I have shared the top 10 best DVD players for Windows 10. But if you want to truly have a seamless experience with DVDs then you must tweak the Auto-Play settings. It will make the DVD watching experience much better. Here is how you can do it.

1. Press the Windows key once and type “DVD”. You will find “Play CDs or other media automatically” option. Click on it. 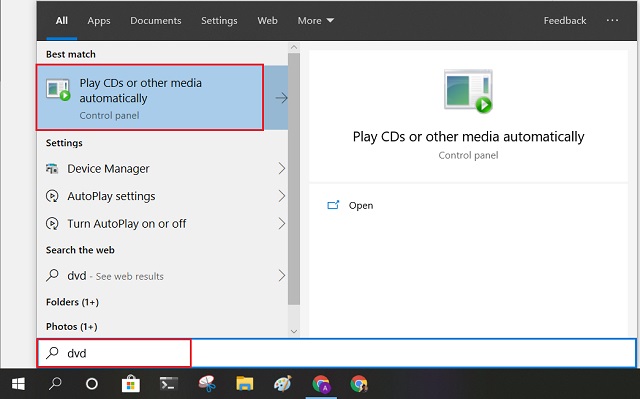 2. Here, scroll down and change the “DVD movie option” to the DVD player of your choice. Similarly, you can change apps for other scenarios as well. After that, click on the “Save” button. 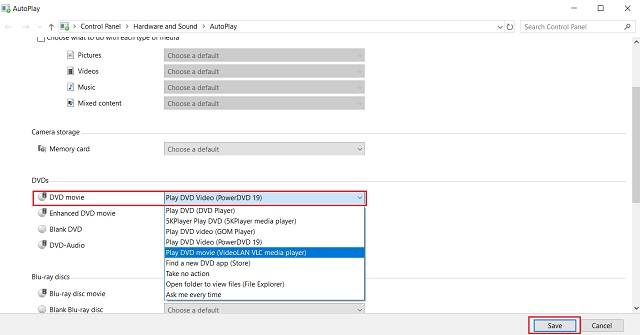 3. That’s it. Now whenever you will insert a DVD on your PC, the said DVD player will open up, ready to play the media files. Enjoy!

So that was our list of top 10 DVD players for Windows 10. You can go through the article and pick whichever fits your bill. I would, however, recommend VLC because of its no-nonsense experience. You just install VLC and it works. Nevertheless, you can go through other options and choose one according to your preference. So to wrap up, if you liked the article or you want to share your favorite DVD player, do comment down below. We will definitely check it out.