Back in June 2019, the Raspberry PI 4 model was released, and it was an incredible update over the older model with up to 4GB ram. Today we see the long-rumored 8GB Raspberry Pi 4 released and priced at the just US $75. Here are the complete specs for an updated 64-bit credit card size Raspberry PI 4 8GB model with Linux desktop computer level of performance. 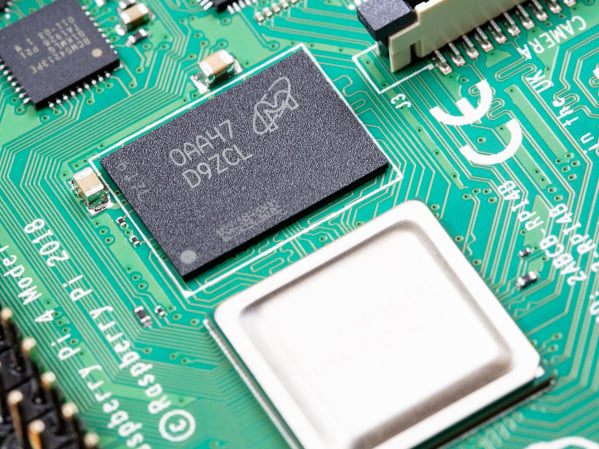 The BCM2711 chip that we use on Raspberry Pi 4 can address up to 16GB of LPDDR4 SDRAM, so the real barrier to our offering a larger-memory variant was the lack of an 8GB LPDDR4 package. These didn’t exist (at least in a form that we could address) in 2019, but happily our partners at Micron stepped up earlier this year with a suitable part. And so, today, we’re delighted to announce the immediate availability of the 8GB Raspberry Pi 4, priced at just $75.

The default NOOBS and Raspberry Pi OS uses a 32-bit LPAE kernel and a 32-bit userland. It allows multiple processes to share all 8GB of memory. However, no single process can use more than 3GB. It s is a limitation of 32bit Linux kernel. To get around this problem, you need to use 64-bit operating system like Gentoo, Arch, Debian, Ubuntu, and others. They also released an early beta of Raspberry Pi OS 64-bit operating system image. This contains the same set of applications and the same desktop environment that you’ll find in our regular 32-bit image but built against the Debian arm64 port.

Raspberry Pi 4 prices as per model:

You can order RPi4 online here.

I think the new version with 8GB ram is perfect for building toy lab and Kubernetes cluster for fun and education. For more information, see the official news here. What do you think? Would you upgrade to 8GB version?

Haruna is a free and open source Qt / QML video player for Linux that makes use of mpv (libmpv) for video playback.libmpv makes...
Read more
Linux

Xfce 4.16 was released back in December, and it includes some important changes like a dark mode for the Xfce panel, fractional scaling support,...
Read more