Chetanhttps://thcb.in
3D printing is a method that transforms a 3D model made in a computer program into a solid object. The device that performs this functionality is called 3D Printer. A 3D printer takes the digital data and physically models it into a solid object by adding layers of material. A 3D printer can create anything, for example, any machine part, toys, sculptures, etc. The material could be plastic, metal powder/metal rod, or ceramic powder.

3D printing is an additive process because it creates a solid object by adding layers of material instead of drilling and cutting, which happens in the subtractive process.

3D printing was invented in 1976, and commercial products hit the markets in the mid-90s. The first research is made by a Japanese researcher, Hideo Kodama, in 1981. His product used a photopolymer material to prototype 3D objects. This research also laid the foundation of stereolithography, which was invented by Charles W. Hull in 1984. Stereolithography is also known as 3D printing that is used for prototyping.

3D printing has the following benefits:

Prototyping through a 3D printer is quicker compared to the traditional method where we have to first make molds of the object.

It is very much accessible now as many manufacturers are manufacturing 3D printers that are quite easily available in the markets. Anybody can get them.

It is cost-effective because traditional prototyping takes time and cost.

3D printers can fabricate any shape of any geometry. Traditional techniques like molding and injecting have limitations because of the methodologies used to make an object.

The 3D printing procedure begins with 3D modeling. The object can be created in any 3D modeling tool like a blender. This part usually takes time. After making a 3D model, the file can directly be transferred to the printer if it is connected to the computer, or some printers support Micro SD card and USB flash for reading 3D model files. After transferring the file, the printer will begin printing it.

There are various types of 3D printing. Some are listed below:

3D printers are of various kinds. Every type has a different way of printing 3D objects, like Stereolithography (SLA) that converts liquid photopolymer material into a physical object through laser beams. The laser beam hardens the material. Digital Light Processing (DLP) is akin to Stereolithography but uses traditional lights. Fused Deposition Modeling (FDM) uses thermal plastic material. It is also the most conventional technique.

Laminated Object Manufacturing (LOM) is another technique that is the fastest but less popular. It laminates the layers of plastic using heat and creates an object. Binder Jetting (BJ) uses two materials, the first one is powder and the second one is bonding material that joins layers. The binder joins the powder (gypsum) layers and generates a physical object.

Since there are several kinds of 3D printers. Which printer should you buy depends upon your personal choice. If you want to do metallic 3D printers, then opt for SLS and SLM types of printers, and if you want to prototype plastic objects, then FDM printers are very popular and cost-effective.

There are several 3D printers available in the markets. Some are inexpensive, and some are of the premium cost. Let’s check out some of the 3D printers that are under $1000.

The design of this printer is simplistic, and it supports a large printing volume up to 500 x 500 x 500mm. It is easy to assemble because it only comes with 4 pieces. It also can resume printing on a power cut. It supports many materials, including carbon fiber and polylactic acid. 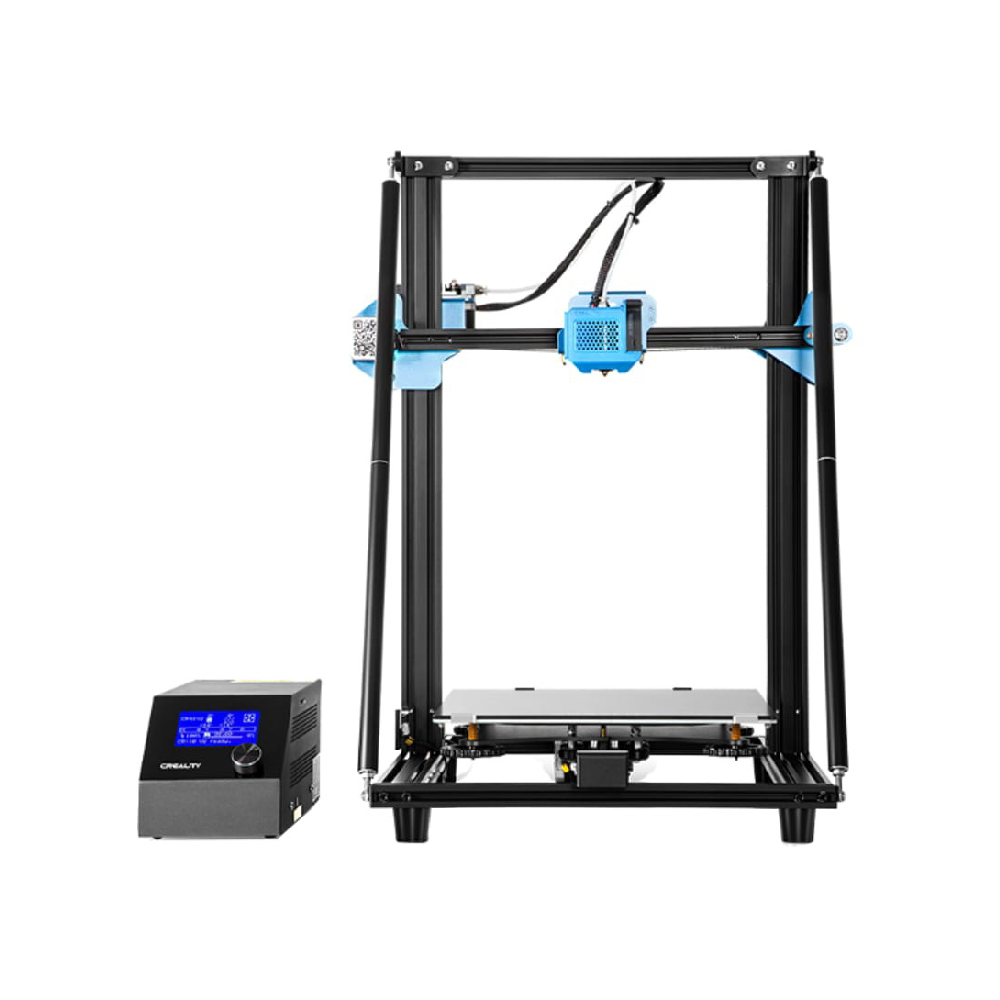 Tiertime Up is one of the beautifully designed 3D printers. The biggest advantage of having this printer is that it has High-Efficiency Particulate Air Filter (HEPA Filter). This filter grabs the harmful particles that can cause health problems. This printer supports PLA (Polylactic Acid), ABS (Acrylonitrile Butadiene Styrene), and ABS release particles while melting, so this filter helps catch particles. 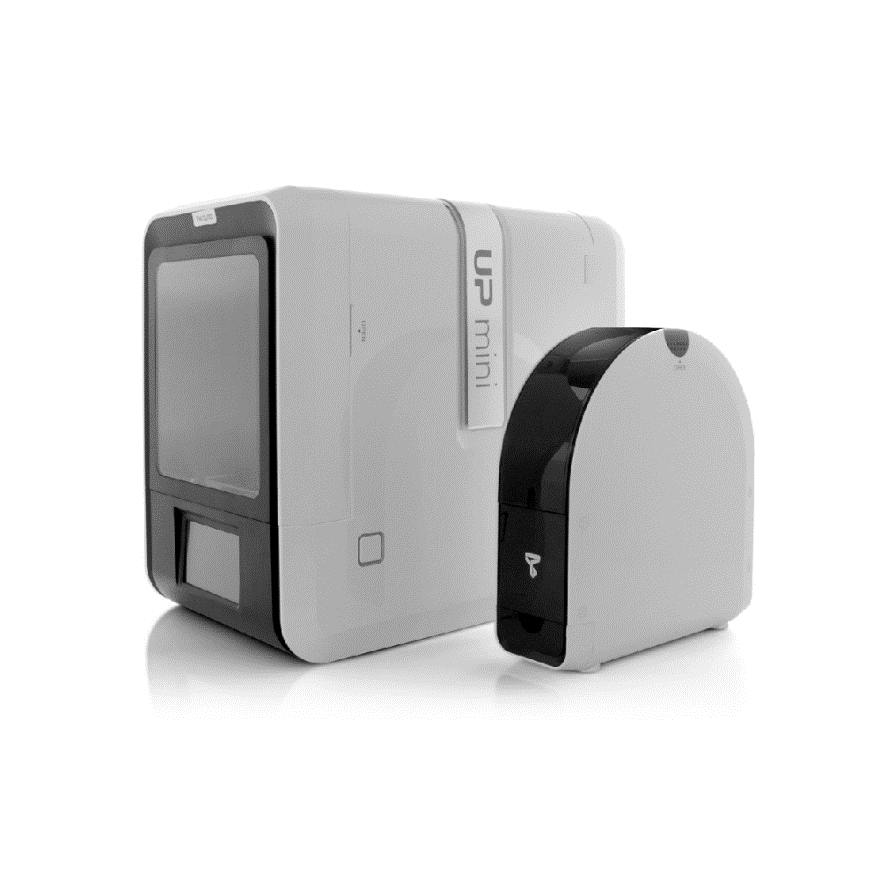 FlashForge printer is an affordable and premium quality 3D printer that supports various plastic filaments, including ABS and PLA. The manufacturing quality of FlashForge Pro is pretty solid. The entire body is made up of thick aluminum metal plates. It also comes with dual extruders, micro-SD, and USB slots. 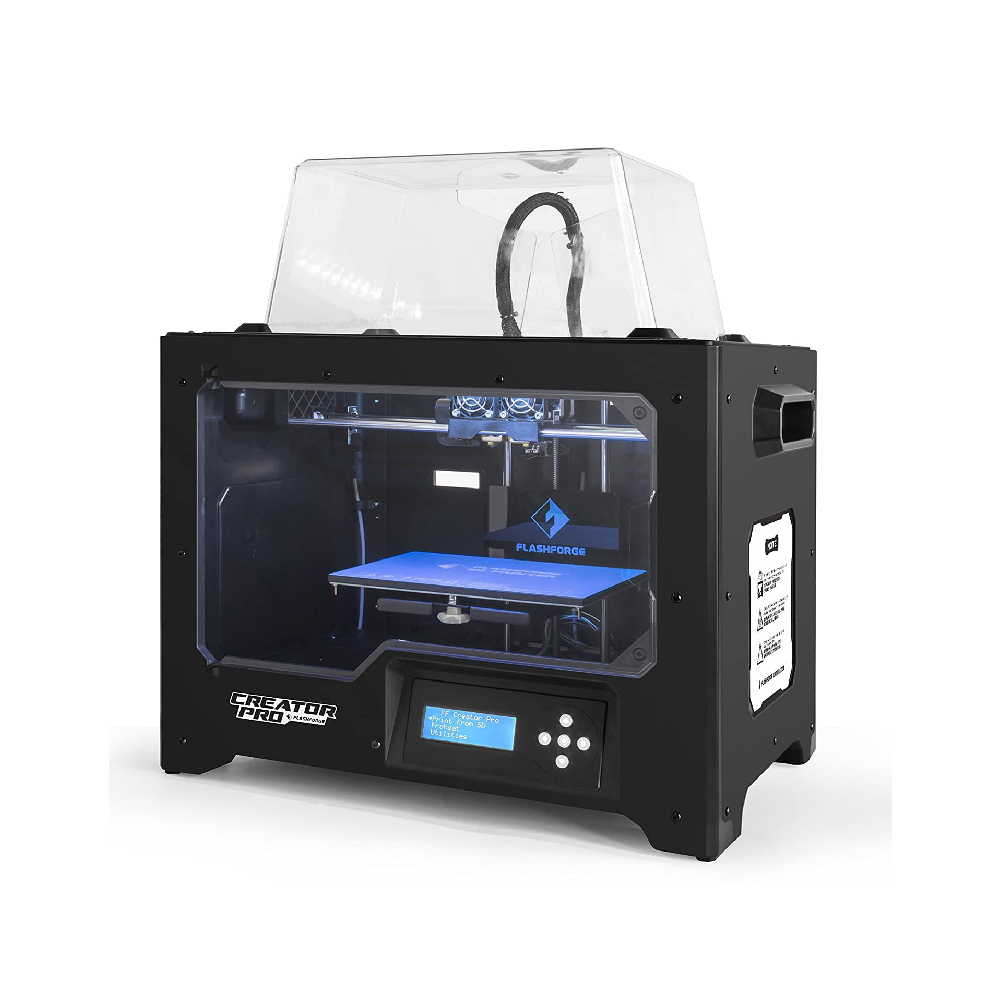 Dremel Digilab Printer comes in a fully assembled form. The 3D model file can be transferred via the SD card. It is equipped with a touch screen that can be used to make adjustments. Another important feature of Dremel is that it provides cloud-based slicing software for free. And It supports PLA filament. 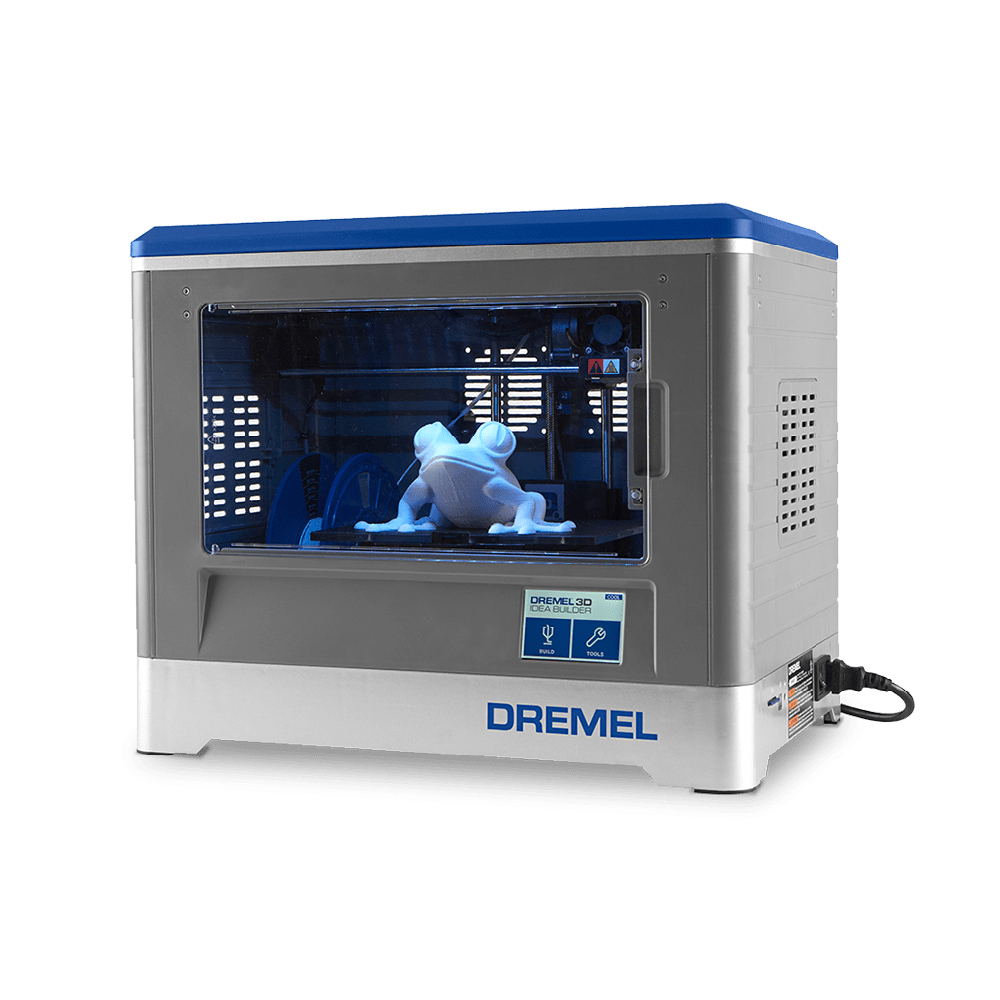 BIBO 3D printer is famous for its dual extruders. Dual Extruder allows you to print 3D objects in two colors and 2 objects at the same time. Another feature is filament detection, once filament runs out, the printer automatically stops to load the new spool. For settings adjustments, a touch screen panel comes preinstalled in the printer. 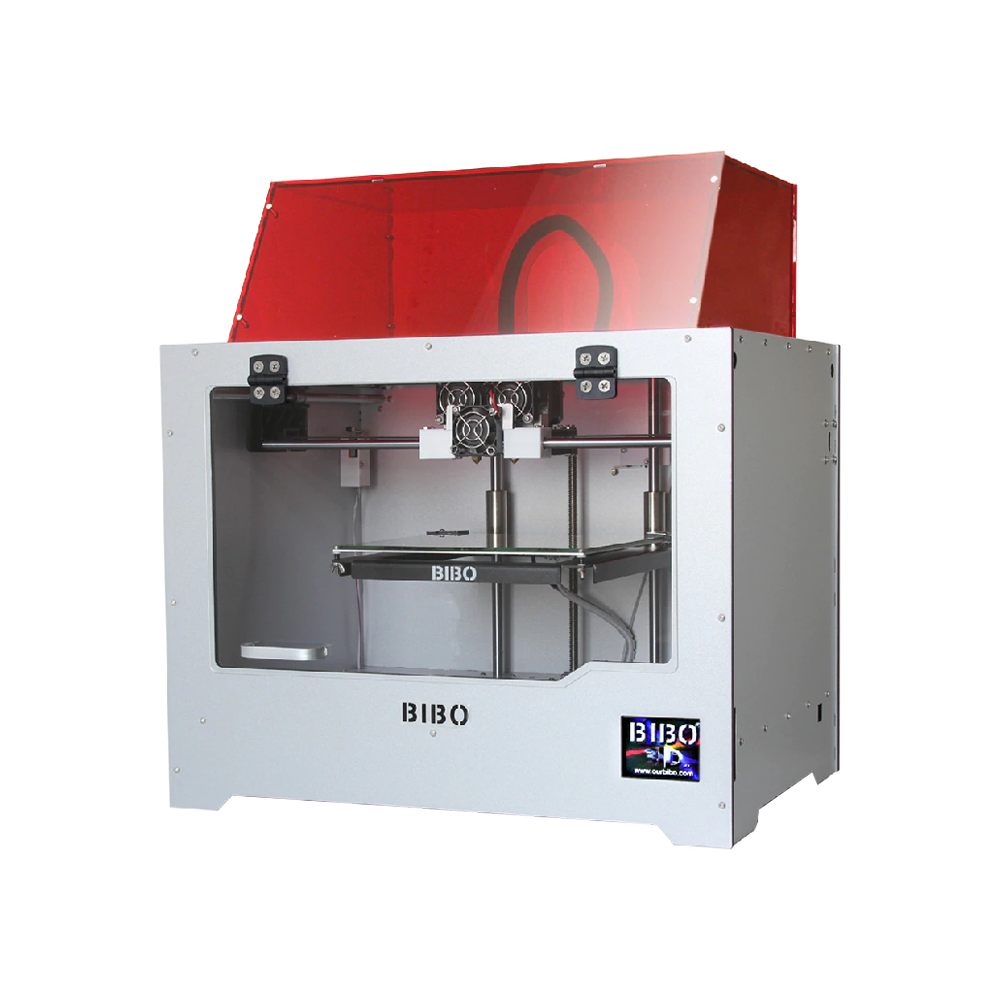 Flashforge dreamer is another 3D printer with dual extruders. It comes with a 3.5” IPS touch screen, Wi-Fi, SD card, USB support, slice software, and a large build volume. You get 2 free filament spoons upon buying it. 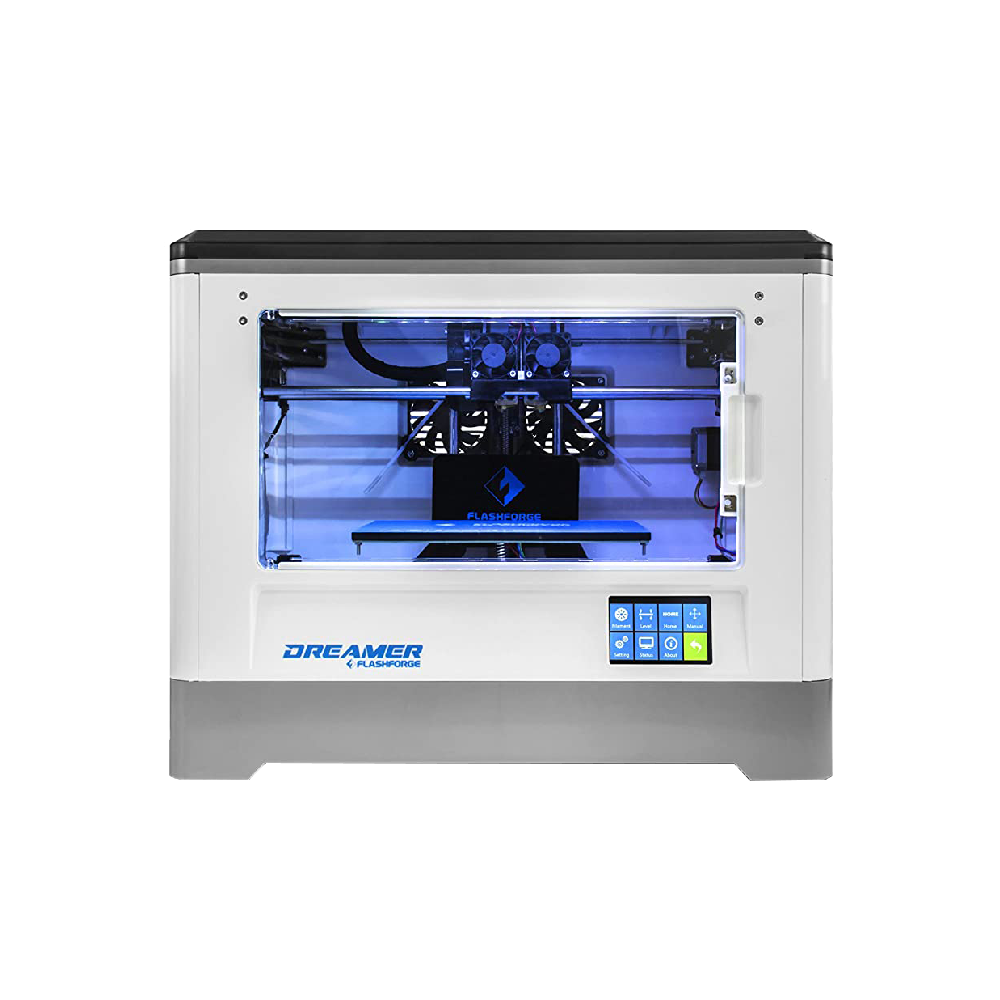 QIDI Tech is a pre-assembled machine that mainly focuses on quality 3D printing. The most attractive feature of this printer is that it can print materials like Nylon, Carbon Fiber, Polycarbon, PLA, and support filaments of 1.75mm from any brand. 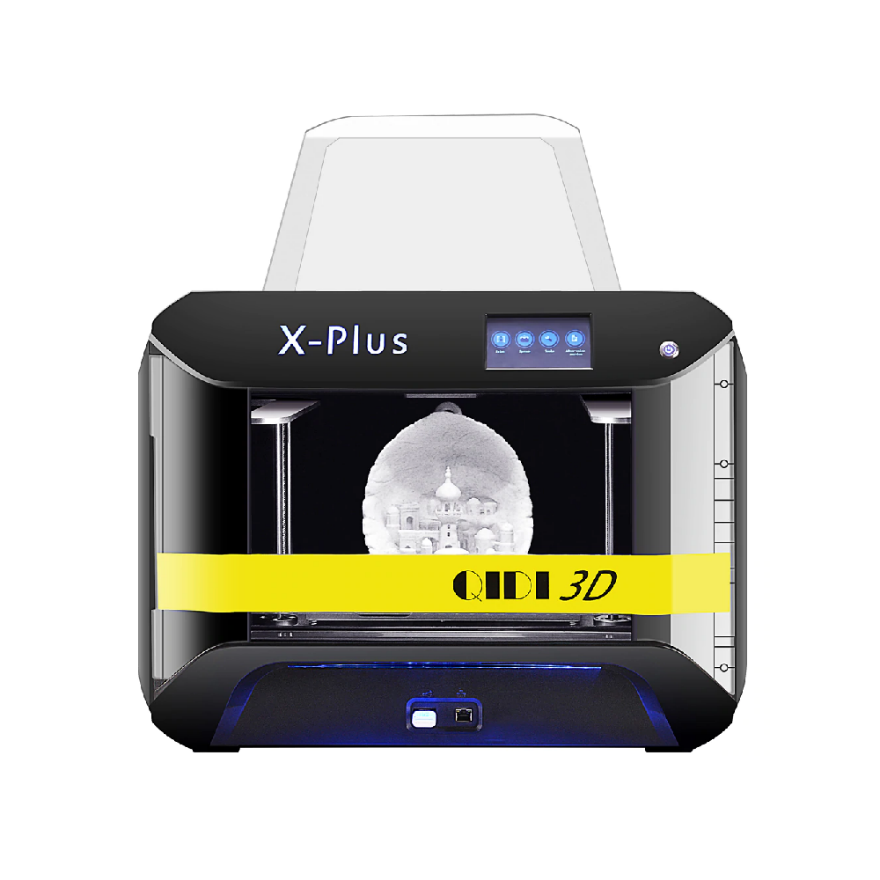 It is a multi-purpose 3D printer, as the name suggests, has three functions:

The built quality is great as it is made up of metal, with a USB drive and USB cable file transfer functionality. It also has a 3.5” touchscreen panel. If you want all these functionalities in the machine, then go for the Snapmaker 3-in-1 printer. 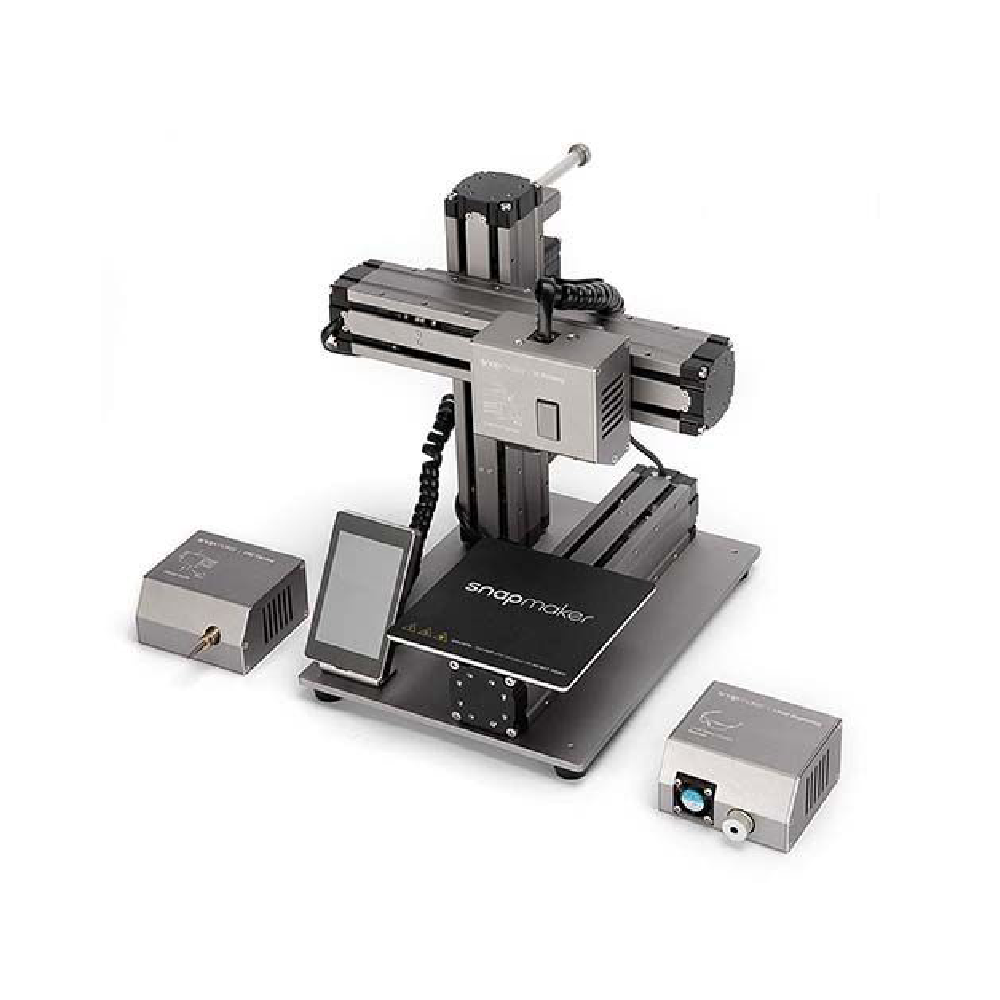 3D printers are extremely powerful machines and possess a bright future. 3D printing is an additive method that can potentially become mainstream for serial production. Because of being inexpensive, 3D printing will soon become part of various fields, including defense, medical, and manufacturing. Soon 3D printers will be seen in homes, schools, and businesses because of their usefulness.