Computer Science is one of the hottest prospects these days. With the world around us relying heavily on technology, this comes off as no surprise as everything is gradually becoming digitized and the demand for people skilled in this field keeps on increasing. The Internet has also exploded in the last couple of years and this has in turn led to an increase in the market for computers and devices related to it.

However, the beauty of Computer Science isn’t only in its high success in the industry but also in how it is structured. It offers the best blend of mathematics and engineering, along with providing a platform where programmers can create and develop things simple with just a computer, similar to how an artist does with a paintbrush. Since Computer Science itself is composed of multiple subfields, there have been various programming languages developed each of which has been specifically designed for certain tasks. One such programming language that is immensely popular and lies at the crux of game development, animations, and operating systems is C++ which shall also be the topic of our discussion in this article where we would be looking at the best editors that are available for C++ programming.

The first name to appear on this list has to be VS Code, the powerful, open-source code editor designed by Microsoft that is available on all major platforms including Windows, Linux, and Mac OS. Although VS Code does not fall under the category of IDEs, it offers much more than what a traditional code editor does and is jam-packed with features that make it an excellent choice for writing and editing C++ programs. VS Code is well-known for its fluidity and flexibility, offering an interface that is extremely fast and easily customizable. Features like auto-completion, code refactoring color highlighting, and having support for multiple extensions make it an excellent choice for C++ programming. 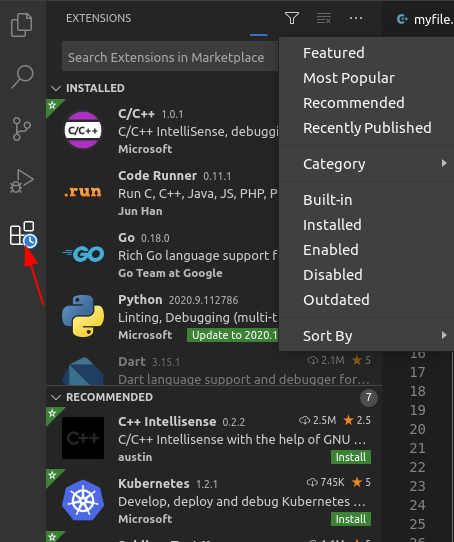 VS Code also comes with a built-in command-line interface as well as an integrated source control from where users can perform version control tasks such as pulling and pushing data, making commits, creating branches, and so on. 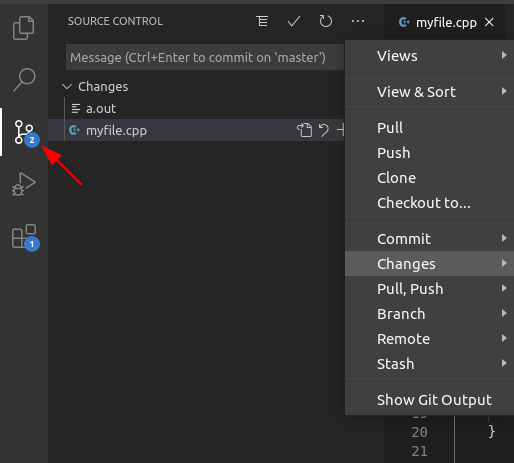 Another great option available for C++ programming is Sublime Text, the simple, cross-platform text editor. Although Sublime Text is closed source and not free, it still has one of the largest communities to back it and is well regarded mainly due to its speed and efficiency. Sublime Text has one of the slickest and sleek user interface that is bundled with a large set of features such as having multiple cursors, an innovative command palette, and an extremely customizable interface, and this can further be topped with by using its wide variety of plugins. 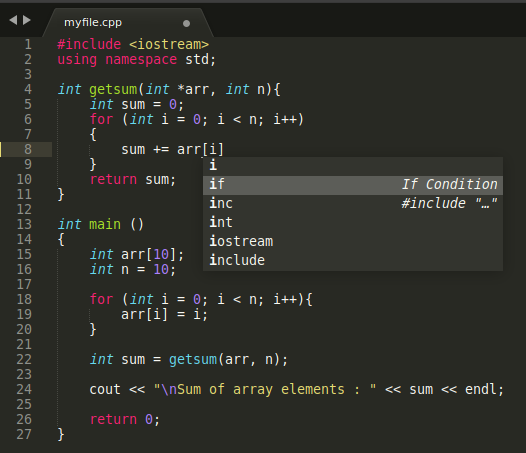 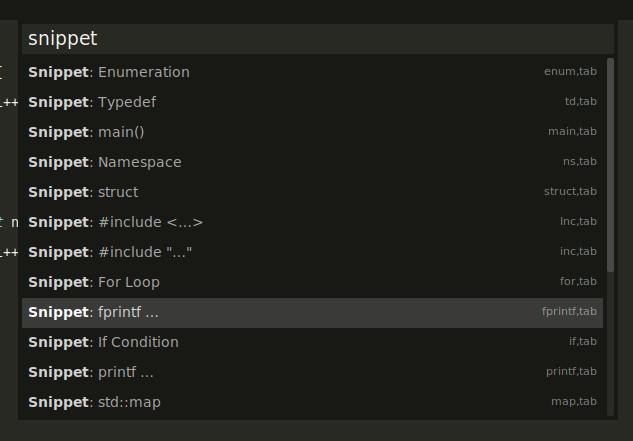 Another awesome feature of Sublime is its unique search function which allows you to search and replace regular expressions, numbers, text, or case sensitive words. It also has the GoTo Anywhere Function, with which you can jump to any words, lines, or symbols that are specified instantly. 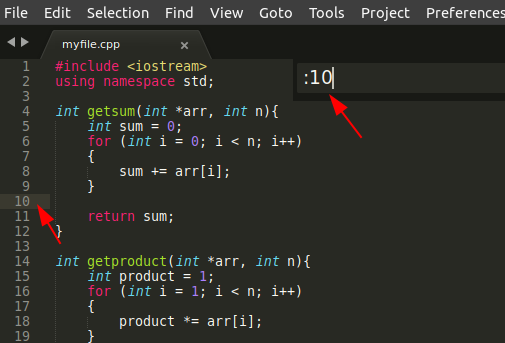 Atom is an Electron-based free and open-source, cross-platform code editor that has risen in popularity among developers. What makes Atom so good is the fact that it has support from thousands of packages each of which offers different functionalities. It even allows users to create their own packages which they can then provide it to the Atom community. Atom is extremely customizable and is built with numerous excellent features such as auto-completion, providing multiple panes to split your screen into, and a very powerful search feature. 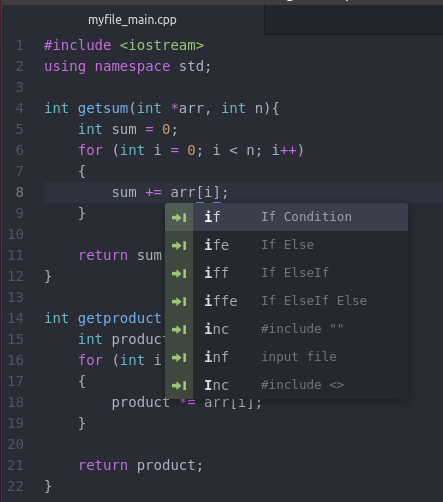 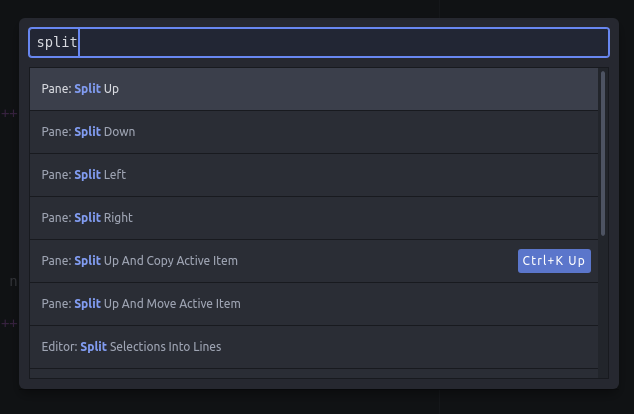 Another excellent feature that comes along with Atom is its integration with GitHub and thus, you can perform all operations of it such as creating new branches, pushing, and pulling, and making commits. 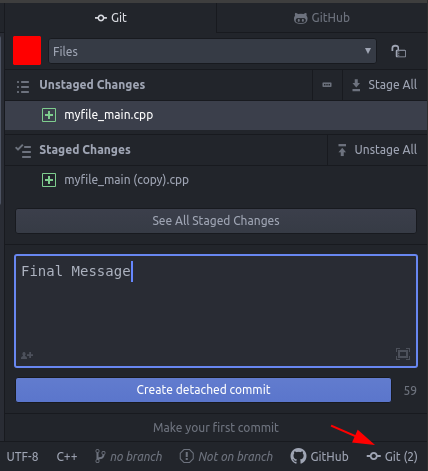 Brackets is a cross-platform and open-source code editor developed by Adobe that falls under the MIT License and is, therefore, free to use. Brackets is well-known for being lightweight and providing an immaculate performance while not comprising any of its features which clearly indicates its powerful nature. Brackets are extremely customizable, and you can quickly change the UI of its interface according to your interests. For example, if you just want the editor to appear in your workspace, you can easily hide the sidebar. Similarly, if you are working with numerous files and want to check the differences between them, you can split your window into vertical or horizontal splits.

It also allows users to add extensions inside of it which provides more power to this simple-looking editor and allows users to manage their projects much more efficiently. 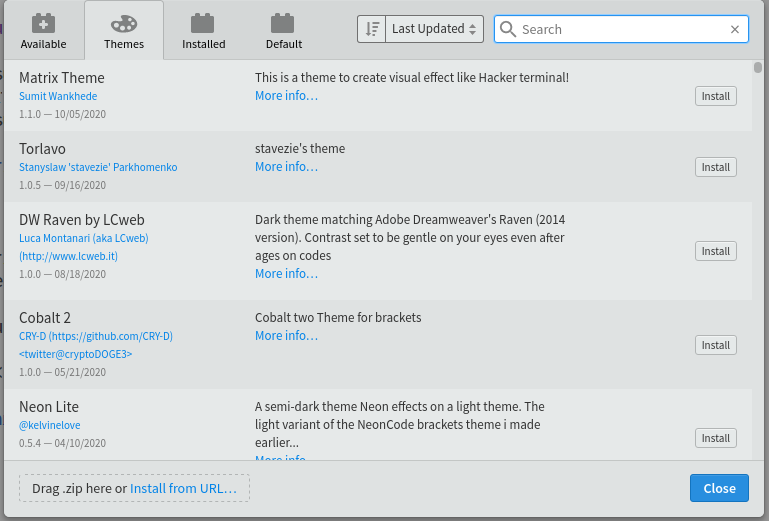 Geany is another powerful text editor whose name deserves a mention in this list. It is an extremely lightweight and cross-platform text editor that makes use of GTK and Scintilla and provides a variety of features to its users without putting a strain on their systems. Features like auto-completion, syntax highlighting, and code navigation are some of its key highlights. In addition to this, it also has a built-in terminal along with a build system that allows it to compile and execute your programs which often leads to people calling it a small IDE.

Geany also provides snippets to C++ Headers which can help users in writing their code in a much more efficient manner. 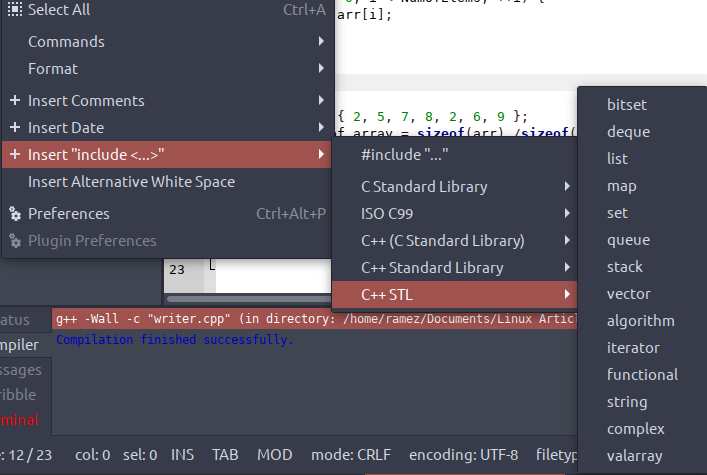 Which are the Best Editors for C++ Programming?

C++ is one of the most popular programming languages and is widely used in all sorts of areas of Computer Science. With so much importance being given to it, it is imperative to choose an editor that provides the best features and eases the work of the developer. All five editors mentioned above are excellent choices for writing and editing C++ code and are worth considering.