This article will list various command line games available for Linux. These games do not require you to commit a lot of time and can be played in short bursts. If you are using a lightweight Linux distribution with minimal UI elements or using a headless OS based on Linux, this list should be useful for you.

BSD games contain a pack of free and open source games that have been included in numerous unix based systems for many decades and they are very popular even today. These games are text based and can be played in terminal emulators. Below is a list of games included in this pack:

To install BSD games in Ubuntu, use the following command:

Search in the package manager shipped with the OS to install BSD games in other Linux distributions.

To launch a game, run any command mentioned in the list above. Detailed information about these games can be found at manpages.

Nsnake is a snake-type game based on the classic “snake” game that used to be popular on keypad based cell phones back in the day. Besides an arcade mode, it also features custom levels and numerous other games modes. It can also track and keep high scores. 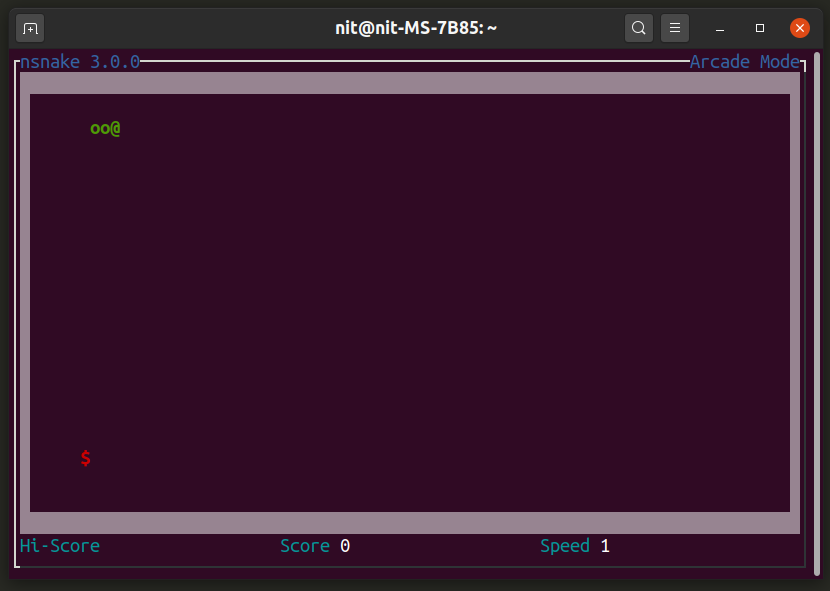 To install Nsnake in Ubuntu, execute the following command:

Nsnake can be installed from the package manager in other Linux distributions. To launch Nsnake, use the following command:

Nudoku, as the name suggests, is a sudoku implementation that can be run in a terminal. The ncurses based game can be navigated in a terminal through arrow keys and various other keyboard shortcuts. 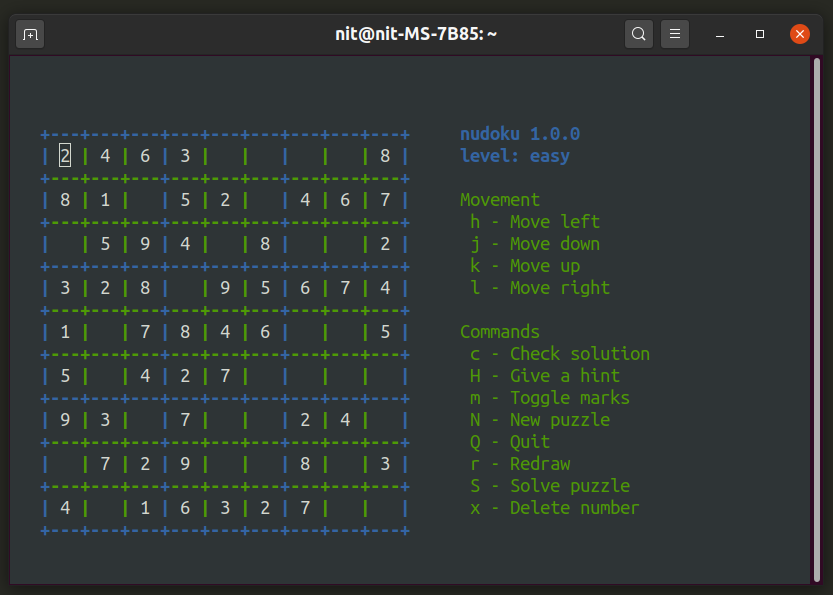 To install Nudoku in Ubuntu, execute the following command:

To run Nudoku, use the following command:

Roguelike is a variation of the RPG genre where players have to face procedural and random maps with the possibility of permanent death of playable characters during combat. Once the playable character dies, a new game has to be started and all progress is lost, except for custom implementations where some bonuses are retained.

Some of the roguelike games that you can play in the terminal are: angband, crawl, gearhead, gearhead2, moria, tome, zangband, nethack, rogue, cataclysm etc. 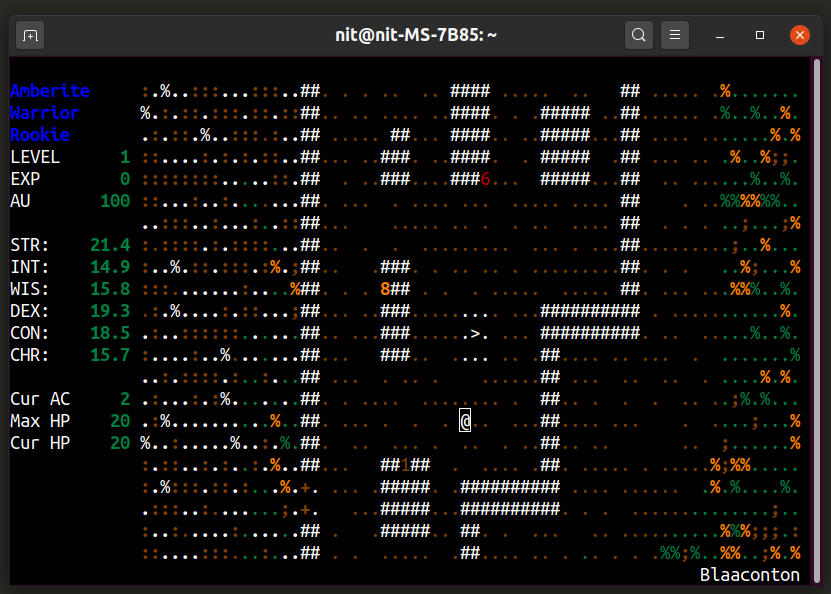 You can install these games from the package manager by using their names as search terms. They are included by default in repositories of many popular Liunux distributions including Debian and Ubuntu. You can also search for the term “roguelike” in package manager to get relevant results.

Bastet or “Bastard Tetris” is a free and open source game based on Tetris. The game requires the player to arrange falling blocks of various shapes and sizes to create levelled horizontal lines. 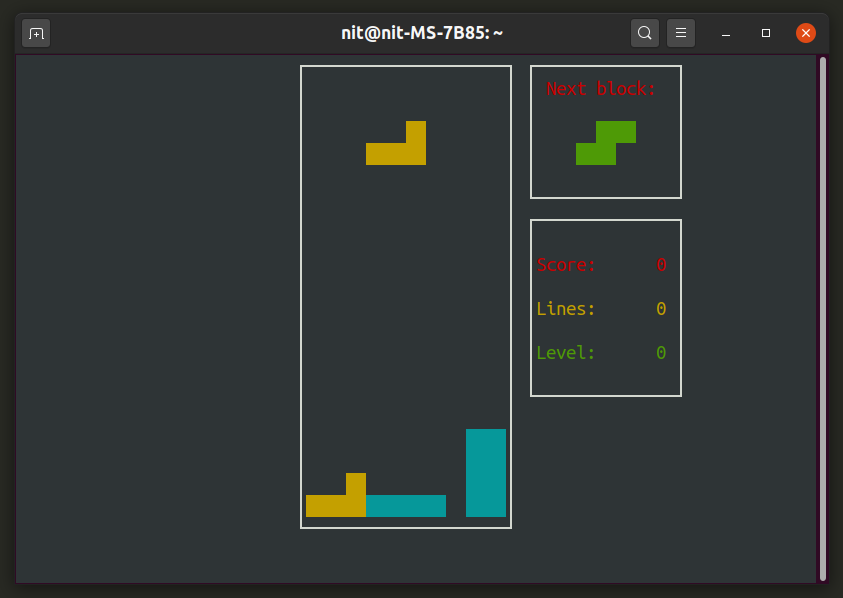 To install Bastet in Ubuntu, execute the following command:

Bastet can be installed from the package manager in other Linux distributions. You can also compile the game from source code available on its repository page.

Pacman4Console, as the name suggests, is a Pacman inspired game that can be played in terminal emulators. In the game, you take control of Pacman and you have to guide it through a maze while avoiding monsters and collecting power-ups. 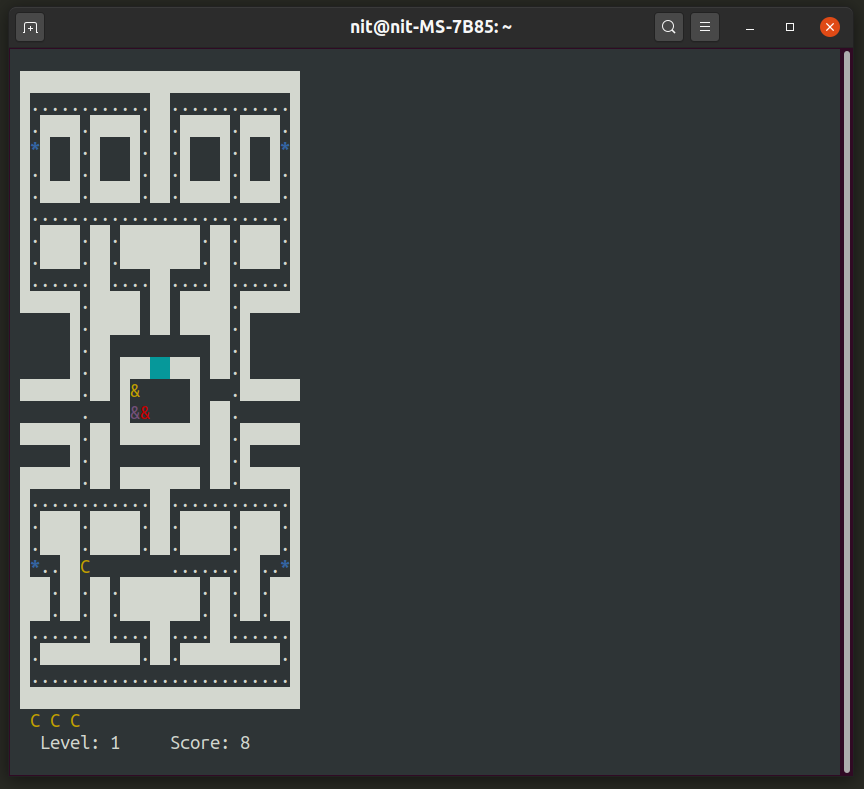 To install Pacman4Console in Ubuntu, execute the command specified below:

You can install Pacman4Console from the package manager in other Linux distributions or you can compile the game from source code.

Moon Buggy is a simple driving game where you drive a car on the moon’s surface while jumping over obstacles, pits and hurdles using the <space> key. 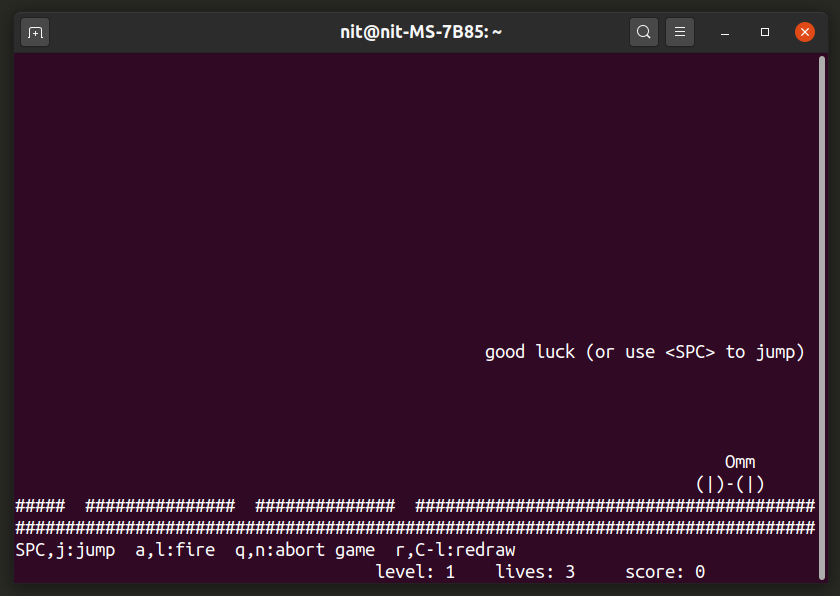 To install Moon Buggy in Ubuntu, execute the command mentioned below:

Moon Buggy can be installed from the package manager in other Linux distributions or you can compile the game from its source code.

To run Moon Buggy, use this command:

Greed is a text based game inspired by the classic DOS game called “Greed”. In the game, you can navigate cursor to any direction in a numbered grid, clearing up the “N” number of entries in that direction at the same time. “N” here stands for the number just adjacent to the cursor when you move it in a particular direction. 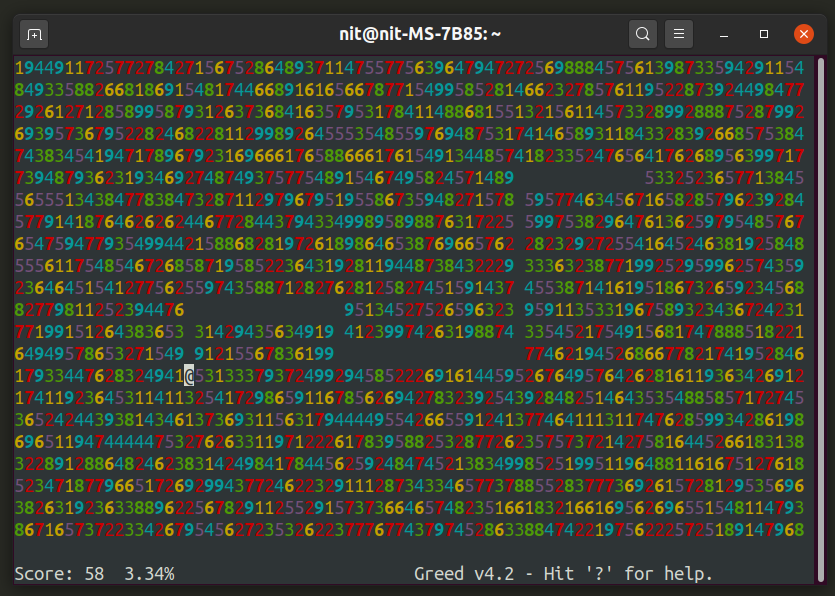 To install Greed in Ubuntu, execute the following command:

Greed can be installed from the package manager in other Linux distributions. You can also compile the game from its source code available on its repository page.

To launch Greed, use the following command:

Ninvaders is a shoot-em-up game inspired by the classic shooter game called “Space Invaders”. In the game, you control a laser spewing spaceship and your objective is to kill aliens of different varieties. 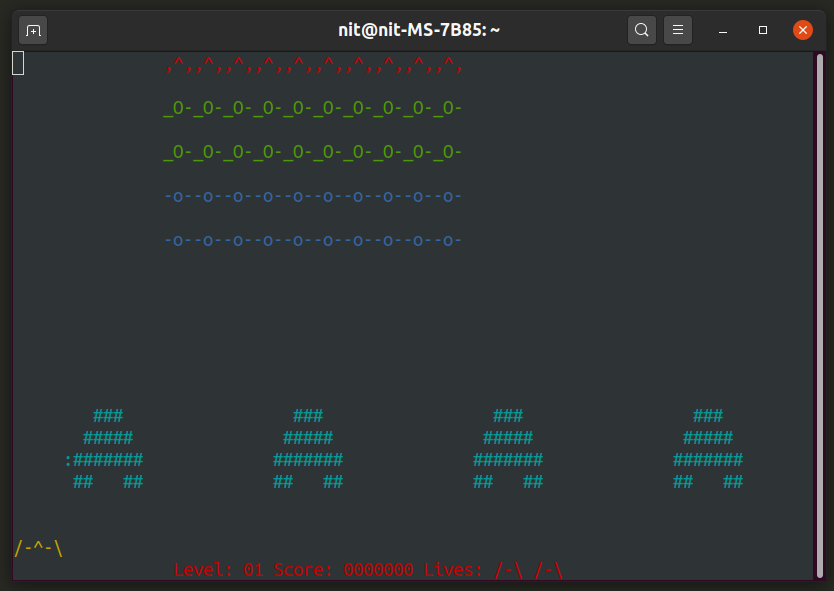 To install Ninvaders in Ubuntu, execute the following command:

Ninvaders can be installed from the package manager in other Linux distributions. You can also get the source code and compile the game to get executable binaries.

You can launch Ninvaders by running the command below:

These are some of the most popular console based games for Linux. Even if you have a powerful system capable of playing games with high-end graphics, give these games a chance, some of them are very fun and can be played during short breaks.