CentOS Linux 8.2 (2004) released. It is a Linux distribution derived from RHEL (Red Hat Enterprise Linux) 8.2 source code. CentOS was created when Red Hat stopped providing RHEL free. CentOS 8.2 gives complete control of its open-source software packages and is fully customized for research needs or for running a high-performance website without the need for license fees. Let us see what’s new in CentOS 8.2 (2004) and how to upgrade existing CentOS 8.1.1199 server to 8.2.2004 using the command line or bash prompt.

From the release note:

CentOS project announce the general availability of CentOS Linux 8. Effectively immediately, this is the current release for CentOS Linux 8 and tagged as 2004. Updates released since the upstream release are all posted, across all architectures. We strongly recommend every user apply all updates, including the content released today. This release supersedes all previously released content for CentOS Linux 8, and therefore we highly encourage all users to upgrade their machines. Information on different upgrade strategies and how to handle stale content is included in the Release Notes.

WARNING: Make a Backup. It is important to make a backup of your CentOS server/desktop before you do this. The author is not responsible for broken system without backups.

We are going to note down the CentOS Linux 8 version by typing the following cat command:
# cat /etc/centos-release

Make sure you find and note the Linux kernel version too:
# uname -mrs

We can update existing CentOS Linux 8 sever by just running any one of the following dnf command or yum command:
# dnf update
OR
# yum update 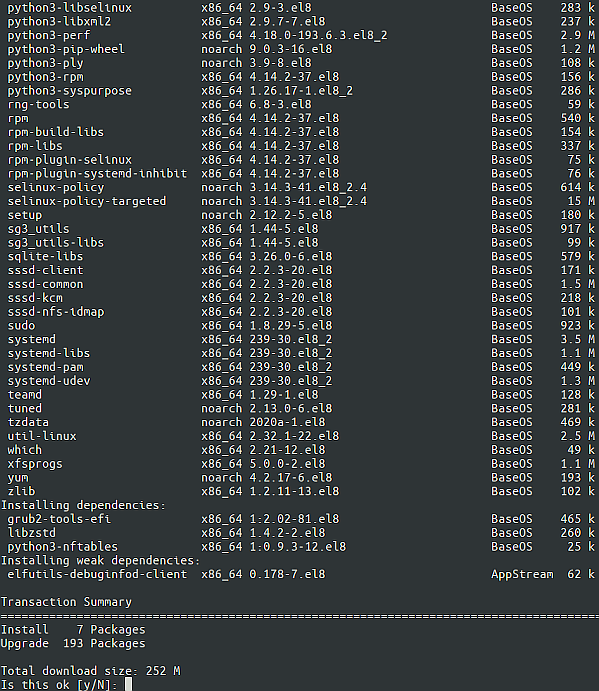 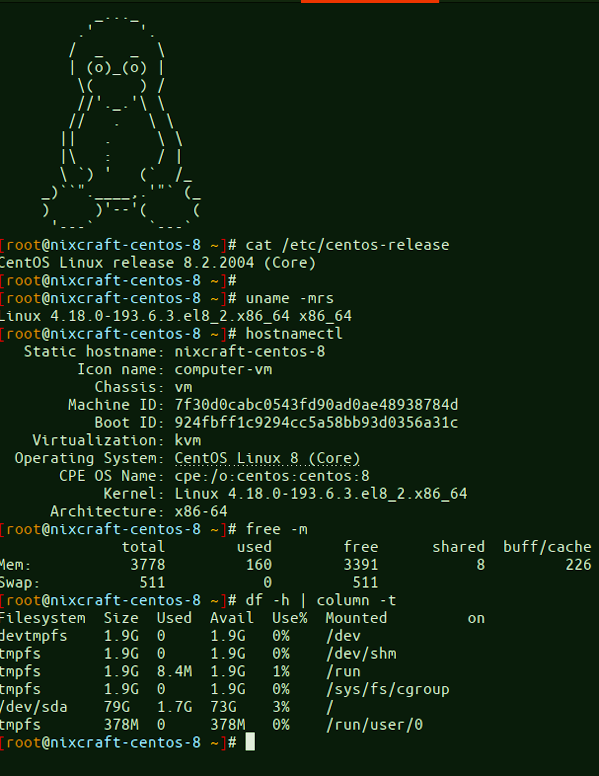 You learned how to update an existing CentOS Linux version 8.1 to 8.2 (2004) using the command line option. One can also grab updated ISO for full installation too. As always, read through the release notes here. Happy upgrades!