Chetanhttps://thcb.in
Today, hobbyists find Single Board Computers increasingly useful for fun, learning, DIY projects, and other real-world applications. Popularized by Raspberri Pi back in 2012, these tiny computers have been the foundation of several applications, based on their small size, relative simplicity, low power consumption, affordability, and other useful features. Most importantly, these computers serve as an excellent introduction to the broader world of coding, robotics, and engineering. This article reviews five top-of-the-line, fun single-board computers for hobbyists and tinkerers. There is also a buyer’s guide included at the end to help you choose the right model for your needs. So, without wasting time, let’s dive in!

Of course, our first pick has to be a Raspberry Pi model. Pi Zero W came out in 2017 and – believe it or not – remains one of the best Pi models for hobbyists. Sure, it may not be the fastest Raspberry Pi device in 2020, but a small farm factor, integrated WiFi, and affordable cost make this model ideal for IoT projects, especially where space is an important consideration.

Because of its compact size, there is no room on this model for full-sized ports. It has a micro USB port for power, a micro HDMI out, and a Micro USB OTG port for other accessories. In other words, you will need to purchase adapters to plug anything into this micro-computer.

Overall, whether you are building a remote temperature sensor, a remote surveillance camera, or trying to run a Lightwave RF smart-lighting server on Pi 3 to integrate with Samsung Smartthings, Raspberry Pi Zero W is an ideal choice. 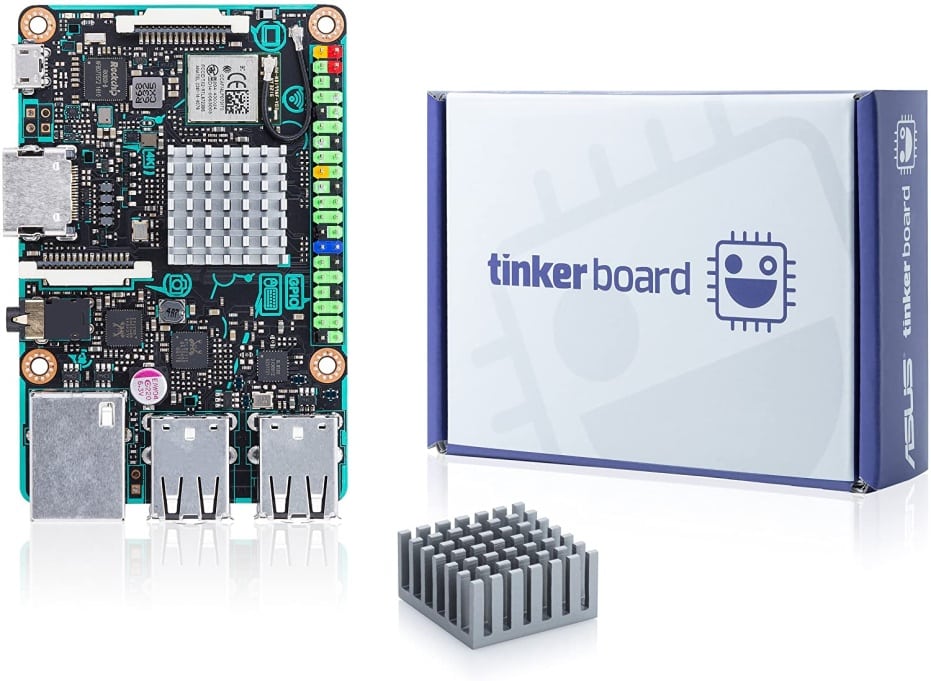 The ASUS Tinker Board can rightly be called the clone of Raspberry Pi. It feels identical, right down to the location of various ports on the board. That is not a criticism. After all, the Tinker Board has a lot going in its favor.

To start with, the 85 x 54 mm board boasts a Rockchip RK3288 1.8GHz processor, with a 2GB DDR3 RAM. This makes it considerably faster than the Raspberry Pi 3, even running full HD audio and 4K video. In addition, the TinkerBoard houses 4 USB 2.0 ports, an HDMI port, 802.11n WiFi, and Bluetooth 4.0 and Ethernet compatibility.

That said, TinkerBoard has a very DIY-friendly design. It has multiple DIY-friendly features, like color-coded pull tabs, heatsink, GPIO header, and a silkscreen PCB, making it one of the most fun-to-use single board computers for hobbyists.

However, because of the minimal documentation, beginners may have trouble navigating the complex software. Hardcore tinkerers, on the other hand, will love the extra oomph in performance. 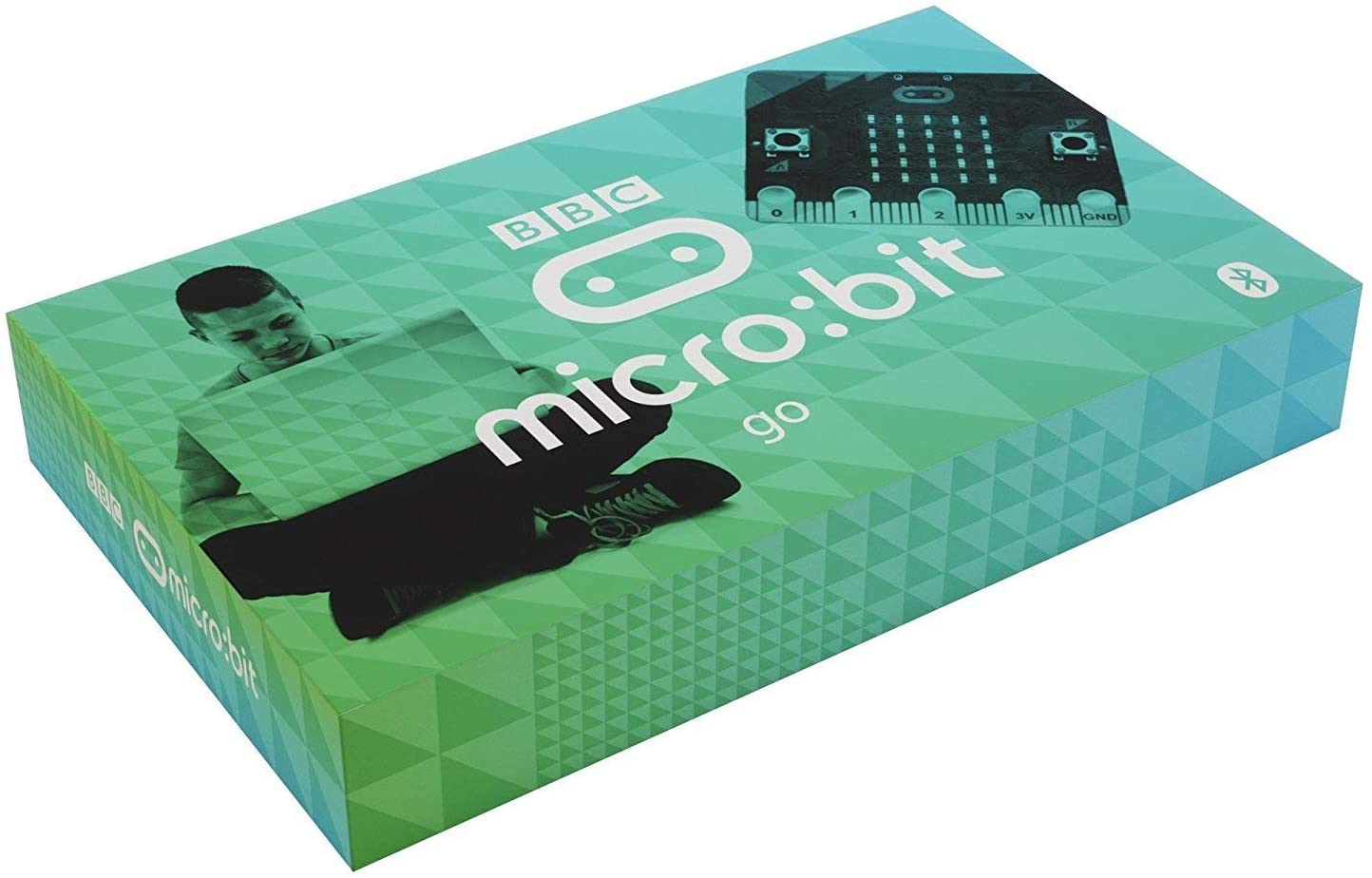 If you want to introduce your children to the world of programming, BBC Micro Bit can serve as the gateway to code fun games, wearable gadgets, and other tech yet to be imagined.

The device features an ARM Cortex-M0 processor, magnetometer and accelerometer sensors, Bluetooth and USB connectivity, a compass, a display with 25 LEDs, and 2 programmable buttons. You can either power it with an external battery pack or with a USB cable – both are included in the package.

You can also easily connect external electronics, such as servos, LEDs, potentiometers, and speakers, with the help of crocodile clips that ship with the device. The controls can then be interacted with through the code. For other simple inputs, such as a sensor or switch, there are plenty of drag-and-drop coding options in the Block Editor.

Overall, the BBC Micro Bit is an incredible educational tool. It is fun to use and quick to code. Though chiefly aimed at education, you can utilize this compact embedded computer for hundreds of projects in your downtime. 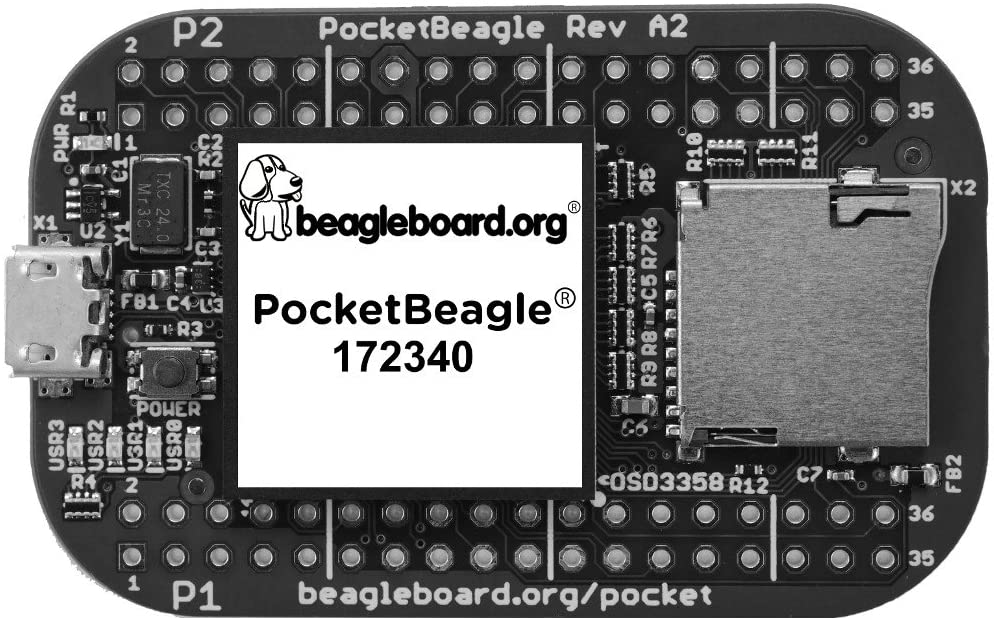 Also called the BeagleBone and BeagleBoard, the PocketBeagle is another compact board that comes at a relatively low cost, with low power consumption. Although this is a lesser-known model, its decent performance can help you out with any DIY machine development project.

The PocketBeagle is a unique SBC because it shares similarities with both Raspberry Pi and Arduino. For example, like Pi, this model runs Linux right out of the box and can be programmed through a web browser. However, it also has five analog inputs, with 44 GPIO pins and a MicroSD slot, making it just as versatile and flexible as an Arduino.

All in all, we recommend this economic Linux board to beginners just getting their hands dirty on the programming aspects of various machines. It is a well-engineered board with no corners being cut for the price. 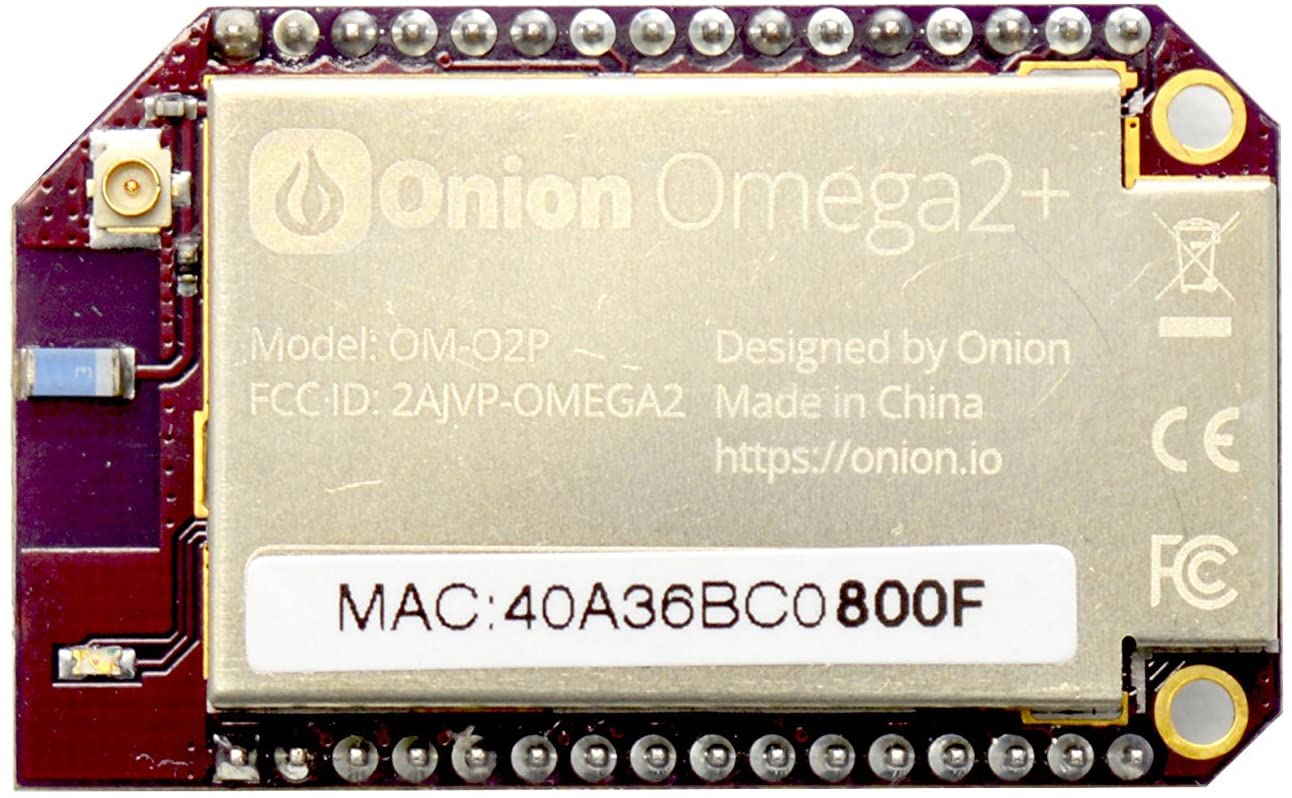 Onion’s Omega 2+ is yet another compact, Linux-based SBC. The differentiating characteristics of this model are its economical cost and size, making it ideal for DIY jobs where you cannot afford to damage expensive, high-end development boards.

For optimal performance, though, you must purchase the proprietary expansion dock, which costs more than the board itself. Otherwise, the header pins are shorter, thinner, and closer together than the standard 0.1″-spaced pins on SBCs, as in Raspberry Pi or Arduino

Nevertheless, we love Omega2+ because of its expanded functionality. Thanks to the 12 GPIO pins, this device allows different serial communication protocols, like UART, I2C, and SPI. Hence, OMega2+ is perfect for many DIY project scenarios.

The choice of SBC for hobbyists depends on your usage and needs. However, there are certain benchmarks (apart from the obvious CPU, RAM, Ethernet connectivity, and port availability) to test their functionality and capability. These include the following:

The first criteria to judge any SBC is the purpose you would like for it to fulfill. What are your needs? What is your requisite computational power? Will you require connectivity? Will you run your device headless or use a monitor or any other display add-on? How many GPIOs are necessary for the application? Because of their smaller footprint, these boards can be utilized for several IoT applications. For example, you can run a home server like Plex, try retro gaming emulation, build a NAS drive, perform home automation, or even try hands-on robotics. Ultimately, your planned project determines the qualities you will look for in an SBC.

One often-overlooked factor is the size of the user community. A bigger community means more available online resources, tutorials, Discord channels, third-party accessories, and other user-created helpful software. Take the example of the Raspberry Pi community: its subreddit has over 2 million users worldwide. They can help you out with any snags you run into.

While not as crucial, SBCs benefit from support for multiple Linux Distros. Occasionally, you may need to run a non-Linux OS, such as Windows 10 IoT Core, Android, Chrome OS, etc. Most SBCs are limited to running only ARM-based images. Some models, however, are able to run full-fledged x64 OSs, such as Windows 10, Ubuntu, or Fedora. App and software compatibility also differ, even among ARM-based boards.

There is a strong correlation between accessory availability and the popularity of a board. More popular SBCs have a large number of available add-ons. For example, you will find an overwhelming amount of accessories for Raspberry Pi, from retro gaming cases to actively cool cases, and from dozens of camera modules to PI HAT add-on boards for providing power over Ethernet or powering up the LEDs.

The price of an SBC and your budget are important to consider. Most SBCs slide in under $100. For hobbyists who like to experiment a lot, any board under $50 is the right fit. Professionals, on the other hand, can go even higher than $100. For instance, the UDOO Bolt, due to its Ryzen embedded graphics, costs approximately $550 and rivals many desktop and laptop computers.

We hope you liked this review of some of the best single-board computers for hobbyists. There may be better options available in the market in terms of performance. As this list of products is intended for hobbyists, we focused more on the affordability aspect of the dev boards. These are low-cost and allow more experimentation without any fear of damage. Some of them are more expensive and more powerful; others are more programmable because of a greater number of GPIOs. All of them, nevertheless, are compact, easy to use, and well worth checking out.

Bacula is an open-source backup tool that can be used to backup and restore data across the network. It is simple and easy to...
Read more
Linux

How to Change Color Schemes in Vim

Vim is a text editor that can be used to edit all kinds of plain text, especially useful for writing and editing programs. It...
Read more
Linux

How To Install Microsoft Edge On Linux