With the removal of the charging brick and EarPods from the box of the latest iPhone 12 series, Apple changed the form factor of its retail boxes. Moreover, the removal of accessories is applicable to even previous iPhone models, which are already on sale as opposed to the new iPhone 12. So, thanks to a YouTuber, we have a hands-on video of these new boxes to dig deep (oh wait, nevermind!).

Tech YouTuber, Rjey ordered an iPhone 11 (on sale in India during the festive season) following the launch of the new iPhones. When he received the device, he found that even the iPhone 11 now comes without the in-the-box accessories and inside the new, slimmer retail box.

Upon unboxing the device, which literally took seconds, the YouTuber discovered that Apple has now made the instruction manuals and other documents much smaller and compact, compared to the smartphone-shaped cards in the previous box. As the YouTuber notes, current paper-works in the iPhone box look like small cue cards. 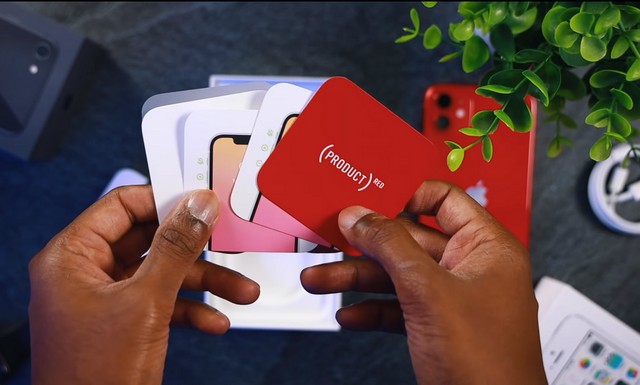 Moreover, there aren’t two Apple stickers in the box anymore. If you want two, you have to pay for two iPhones, and that’s almost 1 and a half kidneys for an average human being (just kidding, Apple fanboys!).

However, that does not justify the fact that Apple removed the components from the box and still charges the same amount as they charged when they included the things in the box. I mean what kind of logic is this?

But, then again, it is Apple that we are talking about and they do have the courage to make these kinds of moves. And in a few months, we might see other tech companies following this trend, even though they are currently mocking the iPhone-makers. You can check out the unboxing video on YouTube right here: