Chetanhttps://thcb.in
Xrdp is an open-source and free realization of the Microsoft Remote Desktop Protocol (RDP) algorithms that allows you to control a remote system or virtual environment over a secure network with a GUI interface. Xrdp essentially brings together the aspects of an RDP and X Windows system to communicate graphics and controls between the client and the system.

This walkthrough will show you how to set up an Xrdp server on an Ubuntu 20.04 remote desktop system.

Unless you are using Ubuntu for desktop (in which case you may ignore this step), you will need to download an externally available desktop environment to get started. For this demonstration, Gnome will be used as the desktop environment, as it is the default environment for newer versions of Ubuntu. So, this guide will be easy to follow for those who are already using an Ubuntu desktop.

Wait for the installer to finish, then proceed to install Xrdp in the next step.

To download and install Xrdp from the standard Ubuntu repositories, enter the following command:

Verify the install by entering the following command:

There is a file in the /etc/ssl/private/ directory named ssl-cert-snakeoil.key that is fundamental to the functions of the Xrdp services. This file must be made readable for an xrdp user. To do so, use the following command:

To make these modifications permanent, reboot the Xrdp service:

Xrdp has now successfully installed on your Ubuntu server.

We will discuss some of the basics of the Xrdp service to help you get started.

Part 2: Getting Started with Xrdp

We will now open up the Xrdp port, which is port 3389, by configuring the firewall. Enter the following command to allow access from a certain IP range:

To dial up the security parameters a notch, configure the Xrdp service to use the localhost and set up an SSH tunnel.

Connect to the Xrdp Server (for Windows OS) 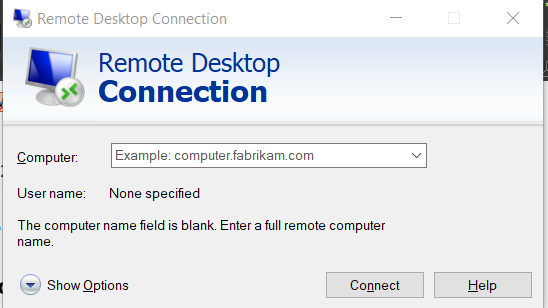 You have now successfully connected to the official Xrdp server.

In this article, you learned how to download externally available desktop environments, install the Xrdp service on a remote desktop, configure firewall settings to grant access to users from a certain IP range, and establish a connection with the official Xrdp server. You can use Xrdp to administer your server with a local desktop machine and a nice GUI interface.

KDE Plasma desktop is unarguably the pinnacle of customization, as you can change almost anything you want. You can go to the extent of...
Read more
Linux

We use the df command to show how much disk space is free on mounted file systems in Linux, macOS, and Unix-like systems. We...
Read more