Just a couple of days after the iPhone 12 lineup was made official, multiple listings, purportedly of the new devices, have popped up on Geekbench, suggesting minor performance improvements over the iPhone 11-series. The benchmarks also show that the iPhone 12 comes with 4GB of RAM like last year’s iPhone 11, while the 12 Pro and 12 Pro Max have 6GB. The results seem to bear out recent reports that also claimed as much.

As for the performance figures, various listings for the iPhone 12 devices show single-core scores between 1,555 and 1,605, while the multi-core scores seem to fluctuate between as low as 2,525 and as high as 4,144. Do note that the entire iPhone 12 lineup is powered by the same processor (A14 Bionic), so any fluctuation in scores between the four models is likely to be relatively minor. 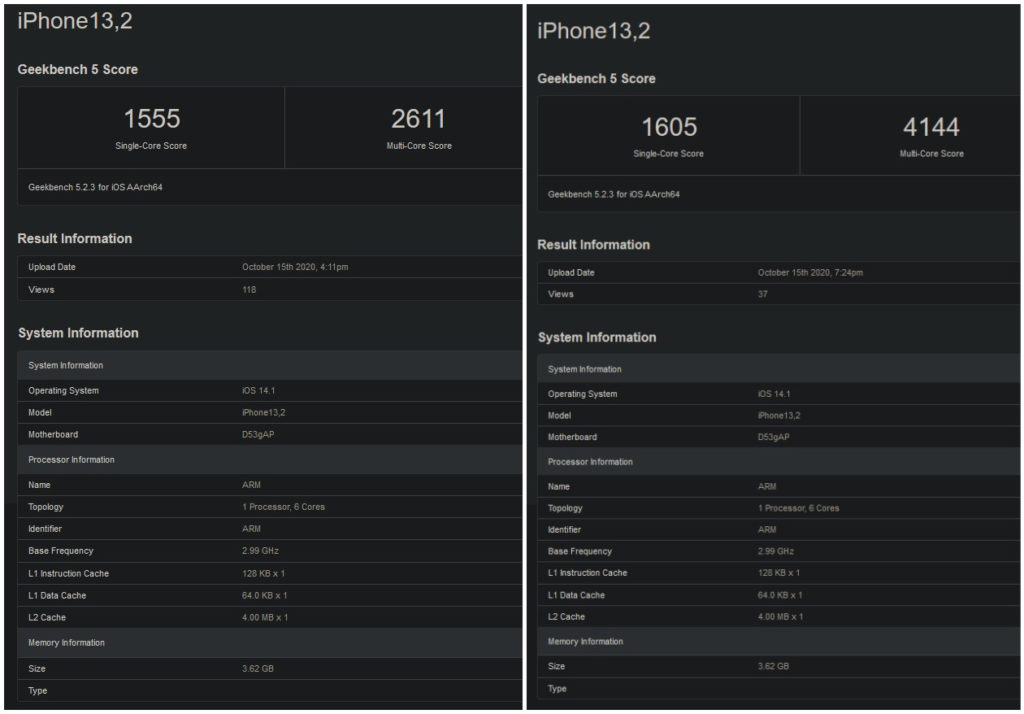 As pointed out by GSMArena, these scores are higher than the ones from Apple’s 2019 flagships, but not by much. Compared to the iPhone 11’s A13 Bionic, this year’s A14 Bionic chip shows between 10-20% improvement in CPU performance and under 10% bump in GPU speeds, possibly revealing exactly why Apple compared the new A14 Bionic to the two-year-old A12 rather than the A13 from last year.

That said, the A14 Bionic is still believed to be the fastest mobile processor by a margin, so it’s not like Apple has anything to worry about on the performance front as of now. It will be interesting to see if anything changes with the Snapdragon 875 next year, but it’s unlikely to be the case, given that even the Exynos 2100 is seemingly notching up better scores than Qualcomm’s next-gen flagship SoC.

Seoul: A group of South Korean lawmakers on Thursday called on Google to follow Apple's move to lower its commission for app market purchases...
Read more