iPhone 12 fares much better in durability tests than iPhone 11

Almost everyone knows that we can change the Display name in our Twitter account. But most of us are not aware that we can...
Read more

Chetanhttps://thcb.in
As the years have progressed, Linux has seen remarkable improvement in its features. From being a mere, simplistic server-based architecture, Linux has evolved into something far more complex, used to develop desktop applications. If security and reliability are a priority, Linux tops the list of alternates, considering the fact that it has severe guidelines that strictly follow the ideology of free and open-source.

Privacy is one of the most sought-after aspects in recent times, further adding to the inherent value of Linux systems. If these reasons did not clarify its superiority enough, the fact that it has smooth, effortless performance, fast speed, and light interface clearly gives Linux an edge over Windows.

The desktop community has been blessed to have such an asset, considering the numerous features all rolled into one. That is not where the best features of Linux end, as countless distributions have been built upon and based off the Linux Kernel by managing to integrate its features with some distinct ones of their own. One such well-known distribution is KDE, one of the largest and oldest Linux-based communities out there.

KDE has emerged as a leader in the Linux community and has become well-known for producing applications that are extremely stable and visually attractive. Since it is one of the most sought-after desktop environments, KDE has become the default option for several popular Linux distributions. The most notable KDE distributions include Plasma and Neon, which will be the topic of discussion in this article.

What are Plasma and Neon?

KDE Plasma is the name of the desktop environment employed by most KDE-based distributions. Since it comes under the wing of KDE, Plasma follows the same ideology and is free and open-source for the community. Plasma is well known for being customizable and can easily be adapted into the layout that suits your needs. In addition, Plasma is not only extremely lightweight and fast but also feature-rich, making it quite the computing powerhouse. This distribution’s iconic landmark is the Plasma Launcher, which allows users to quickly and easily launch applications, as well as search for files and keep track of all the work that the user does in the history tab.

KDE Neon is the Linux distribution developed by KDE derived from Ubuntu Long-Term Support (LTS) releases and comes together with the Plasma version, along with other KDE software. What differentiates KDE Neon from Plasma is the fact that Neon only allows the latest KDE applications to run on it. KDE Neon is made specifically for KDE users, as it only accepts KDE applications and cannot run non-KDE programs. The plus side of this feature is that it regularly receives updates and is usually the first to experience newly-developed KDE applications. Since it also employs Plasma as its default desktop environment, Neon is extremely lightweight and has a very attractive visual appearance, further boosted by eye-catching icons, mesmerizing animations, and polished widgets.

With the introductions out of the way, we will now look at how these two Linux distributions compare with one another in greater detail.

Since both Neon and Plasma have are based on and developed by KDE, they are similar to one another and bear a striking resemblance to Windows. The former, however, prefers using lighter themes and has shorter icons in the bottom panel.

Plasma, on the other hand, prefers a more vanilla KDE flavor, having more spread-out panels. Plasma is similar in appearance to Windows XP. 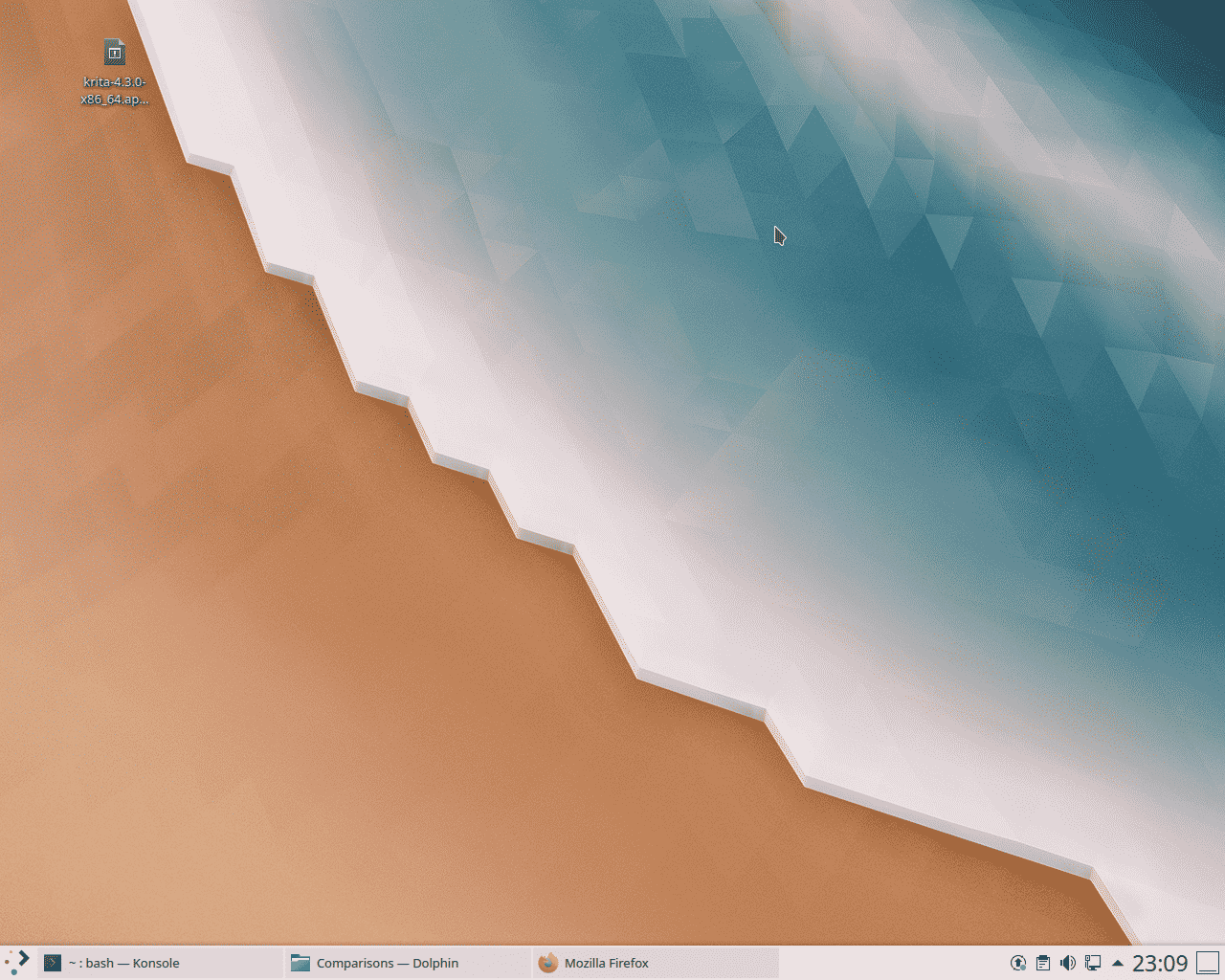 KDE Neon gets the latest updates of all the KDE applications, even the newly-developed ones. If a new release for KDE comes out, KDE Neon will continue to feature support and will allow users to install the latest versions. 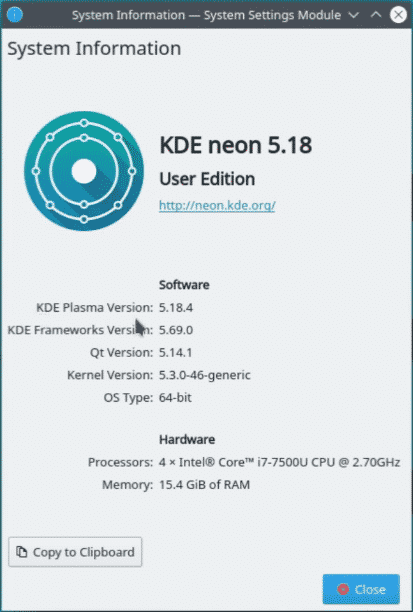 Plasma users, on the other hand, will continue to be stuck with the older version. However, this can be somewhat resolved by using the non-stable version of the applications.

Both Plasma and Neon are products of KDE and, therefore, both use the Discover Software Center, though Plasma has more limitations to its software availability.

In addition to the Discover Software Center, Neon has more options and more support for other package managers, such as Flatpak.

One thing that Neon misses out on that Plasma possesses is the Software & Updates window, which is a neat way of checking your repositories and updates. You can even look at the additional drivers that your system requires. 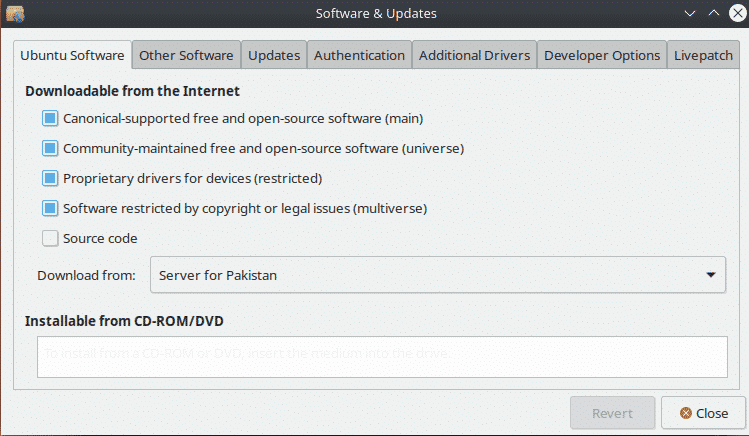 Neon, on the other hand, works much better with AppImages than Plasma does.

So, Plasma or Neon?

Both Plasma and Neon are almost entirely the same, for now. In the long run, however, the differences will appear greater once new LTS releases emerge. For users that prefer LTS releases and want the latest KDE experience, KDE Neon would be a better fit, as this distribution would handle all this stuff for you. For users that want a mix of KDE along with Ubuntu and would not mind the small hassle of manually updating applications to the latest versions, then Plasma could be more satisfying. In the end, it all depends on what you want and need in your system. Both are fascinating desktop environments and it is hard to hate one if you love the other.

How to Install and Use Siege Benchmarking Tool on Ubuntu 20.04

Siege is an open-source multi-threaded load testing and benchmarking tool for Linux. You can perform a stress test using a single URL with a...
Read more
Linux

When working with Unix-based environments our majority of time will be spent on working in a terminal. A good looking terminal will make us...
Read more
Linux

How to Install and Setup Zsh in Ubuntu 20.04

This article is about installing and configuring ZSH on Ubuntu 20.04. This step applies to all Ubuntu-based distributions. ZSH stands for Z Shell which...
Read more

iPhone 12 fares much better in durability tests than iPhone 11

Almost everyone knows that we can change the Display name in our Twitter account. But most of us are not aware that we can...
Read more
Hacking

Delete Now! – These 21 Apps with more than 7 Million Downloads