Smartphone innovation is not dead and LG is out here proving it with the launch of its latest smartphone, the LG Wing. While phone makers are busy iterating on exactly the same glass-metal design, some are making foldables and others like LG are rolling out a never-seen-before offering. LG Wing breaks the mold with a swiveling front display, which reveals a secondary display for easy multitasking on the move.

The company hasn’t revealed the official price tag of the LG Wing just yet. The official blog post states that it will first go on sale in South Korea next month, followed by the US and Europe.

The phone will be available in two color variants – Aurora Gray and Illusion Sky.

LG Wing introduces a new Multi App feature that allows users to create shortcuts for pairs of apps that they want to open simultaneously on the dual screens.

One of the key highlights here will have to be the gimbal motion camera, which can only be activated in Swivel Mode. It uses one of the ultra-wide cameras and lets you control the camera angle using a joystick, FPV lock, a follow and pan mode, and a lot more. LG Wing supports a few other camera features, including Timelapse control, voice bokeh, and ASMR Recording. It also eases the video editing process as you can now use two screens to edit on one and view your cuts on the other. 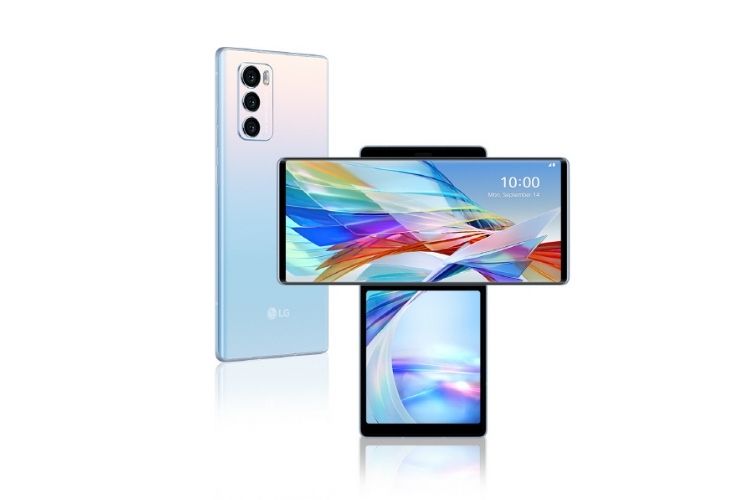 Under the hood, LG Wing is powered by the Snapdragon 765G chipset along with 8GB of RAM and up to 256GB of onboard storage. It is expandable up to 2TB with a microSD card. It runs Android 10 out-of-the-box and includes a 4,000mAh battery with Quick Charge 4+ and wireless charging support. You also get a USB Type-C port, an in-display fingerprint sensor, IP54 water and dust resistance, and 3D Sound Engine features in tow.

LG Wing is the first-ever smartphone in the company’s Explorer project, which will go on to explore more such innovative form factors. It will sit alongside the standard LG Velvet-like phones and deliver unique experiences to consumers willing to bet on such experiments. It will be interesting to see whether such quirky form factors will make a comeback or foldable phones will soon carve a huge niche for themselves.

Reading books on my iPad is one of my favourite things to do when I’m on the go, or sometimes even when I’m winding...
Read more
News

Internet is free and open for everyone to use but blocked content can ruin the fun. You might have come across geo-restricted websites and...
Read more