Motorola Razr 5G overview: Polished and ready for the world

You have to be a person devoid of any aspiration, or in short – life, to not like the Motorola Razr. Be it the original one from 2004 or the modern reincarnation of last year, the Razr is easily one of the most desirable technologies in the world of smartphones. This year, Motorola has come up with an updated version with hundreds of refinements. Called the Razr 5G, it is bigger, stronger, faster, and more capable than the one it replaces. Also Read – Motorola Razr 5G launched in India at Rs 1.15 lakhs, brings 5G and other mega upgrades

The new Motorola Razr 5G does not change the core formula of the one that made us lose our sleep last year. It looks similar but it is a completely different phone on the inside. Motorola has updated the chipset to a 5G-equipped Snapdragon 765G and stuffed a better camera all around. For the style-conscious, Motorola has come up with a new silver color variant along with the gold and black colors. Also Read – Motorola E7 Plus review: Best camera smartphone under Rs 10,000

Right out of the box, the Razr 5G looks like a generational leap from the 2019 model. I spent a total of two days with the new Motorola Razr 5G and I can say without any regret – this is a phone you shouldn’t miss if you have all the means to get it. After all, the Razr 5G with its sticker price of Rs 1,24,999 is light years away from the grasps of the common man. Also Read – Motorola G9 Plus launched with 30W fast charging and 6.8-inch display

Motorola Razr 5G: Does it look new and exciting?

If it ain’t broke, then don’t fix it. This is a formula that Motorola chose to stick to but somehow gave up as the Razr 5G started to shape up. The overall design and shape is identical to the 2019 Razr. You get the same 2.7-inch Quick View Display on the outside, a chubby chin, a plastic folding display inside, and single cameras everywhere.

As soon as you hold it, the similarities seem to cease. The Razr 5G has a completely different build from the 2019 model. It is lighter at 192 grams and it feels that way, despite its glass rear panel. Motorola has chiseled away the fat from the original design. The chin is slimmer and curvy. The entire shape of the phone has more curves than angular elements. The fingerprint sensor has moved from the chin to the back of the phone, which now sits flush with the phone’s design theme.

Best part? You fold it shut and it fits inside smaller pockets!

With more glass to grab on to, the Razr 5G now feels plush in the hands, especially more after holding the plasticky 2019 Razr. The single main camera (under the outer display) has a slight iPhone-like hump that adds to the charms of the Razr. What’s surprising is that unlike the 2019 model, the Razr 5G lets you put in a physical micro SIM card – a clever and practical touch that needs to be there in every phone sold in India. So how come the new model adds a SIM card tray, a bigger camera sensor, and sheds weight? Motorola told me the Snapdragon 765G is the reason behind it. Compared to the older Snapdragon 710, the 765G is smaller in dimension and hence, gave the designers more space to do more. Even the battery size has grown by 200mAh.

What remains unchanged though is the hinge system. The Razr 5G gets a refined version of the same clever hinge system with its sliding display. The arrangement prevents any permanent crease on the display, unlike the Samsung Galaxy Z Flip. The refined hinge now opens the display completely flat and it does not make uncomfortable noises. However, Motorola is still using a plastic display and that means it is prone to scratches. In my two days, it picked up noticeable scuffs from my nails. Upon closer examination, the display reveals the three zones of fold at certain angles. If your current smartphone has a screen that looks like it is covered with spider webs, you should avoid the Razr 5G. Folding displays still don’t come with a screen protector. The hinge itself loves collecting hair strands as well as dust while outdoors – this led me to avoid the main display outdoors as much as possible.

On the whole, the new Razr 5G definitely feels like a step-up from the older model. Next to the 2019 model’s “concept model” feel, the Razr 5G feels like a properly built expensive phone. The durability issues are still there with a plastic display and I expected more from Motorola in this regard. An ultra-thin glass could have made the main display slightly more reliable. Nonetheless, there’s always a next time for Motorola.

Does it do the regular phone stuff? Can it play games?

Yes, it does without reminding you that it’s doing a favor. The Razr 5G is a much better smartphone than before and in my two days, it certainly showed so. I was able to make calls like a normal phone. I was taking photos as I do from my iPhone. I even played Asphalt 9: Legends and Candy Crush on the Razr 5G – something that the Razr isn’t designed to do. Spec nerds might be skeptical about Motorola using a Snapdragon 700 series chipset in a phone that costs more than Rs 1 lakh. To be honest, I am glad Motorola chose the 765G over the 865. I witnessed similar performance on a daily basis but with better battery life. There’s enough power for all the regular phone stuff you want to do, and then some more. You can make calls, send text messages, browse social media, watch videos, and even play high-quality games. Okay, playing games isn’t the point but the fact is that Razr 5G can do everything that you expect from an expensive phone.

One other reason why the Razr 5G can do everything so nicely is due to the software. Motorola is using a clean version of Android 10 with minimal-third-party pre-loaded apps and no advertisements. Customization options are similar to all the 2020 Motorola phones. Most importantly, the optimization is great and I did not notice any lag or stutter. The Razr 5G comes with 8GB RAM and 256GB storage as standard. The Quick View display is a major part of the Razr’s identity. Similar to the 2019 model, you can see notifications and even interact with them. The Android 10 update brings the ability to keep app shortcuts and quick dials within a swipe away. There’s ever a fricking QWERTY keyboard for typing replies – a full-size keyboard! Yes! And wait for the surprise – you can even play games on the tiny display! Motorola pre-loads a copy of Astro Odyssey that plays along nicely to the smaller realms of this display. I am not kidding!

Motorola says it wants users to use the outer display more in order to save battery. This is where I have a question – why? Why should I spend more than a lakh of Rupees on a folding phone and then not use the larger display? Why should I be confined to a puny display with microscopic text so that I could use it for longer? After 24 hours, I grew frustrated with the Quick View display and only used it to see the notifications – nothing else. Trust me, reading emails on it might be cool but it hurts to read text so small.

Is it practical as a regular phone?

The Quick View display’s implementation does not make sense to me. However, when I used it in the way it was originally supposed to be used, I found life easier. The minimal UI for notifications somehow prevents me from bothering about things unnecessarily. Yet, it gives me enough information to make itself useful at the same time. The flip action needs two hands and once you get the hang of it, it becomes addictive. I was flipping open the phone to take calls and then slam it shut once I was done with my annoying colleagues (kidding, they are nice). The fingerprint sensor is within grasp no matter whichever way you hold it. The Android interface is just as easy to use as a Motorola G9. I think the Razr 5G is easily the most easy-to-use folding phone you can buy today. Just don’t read emails or messages on the Quick View display.

How can I forget about the cameras? The 2019 model had “meh” cameras that I never wanted to use. The 2020 Razr 5G gets a 48-megapixel sensor for the main camera and it is miles ahead of the one on the older phone. The photos look great with tonnes of details and vibrant colors. Whether day or night, I can shoot photos and post it without editing on Instagram. It’s not as good as a Google Pixel 3A or my Apple iPhone SE 2020 but it can hang around with those camera systems. 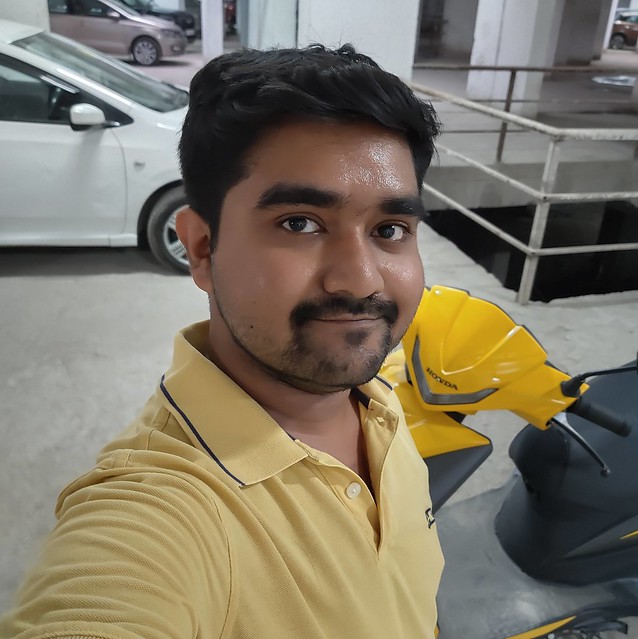 Lastly, the 2800mAh battery on the Razr 5G managed to last me an entire day with moderate usage. This included 1.5 hours of web browsing, streaming music and videos, and taking calls. Add some casual gaming and I had to charge it by afternoon. Motorola bundles a 15W TurboPower charging system that’s slow by 2020 standards. A faster 30W system could have made sense given the battery is so small. Wireless charging would also be appreciated in the next version.

Should you buy the Motorola Razr 5G?

To confidently answer this, I need to use the Razr 5G for at least two weeks and that seems unlikely at the moment, given that this was an early preview sample from Motorola. In my two days though, I still feel this is a phone only for fans and enthusiasts. Don’t get me wrong, the Razr 5G is an exciting phone that’s more usable as a phone than its predecessor. It has a great camera, a stunning design, and an eager performance. Most importantly, it can generate those “oohs” and “aahs” in the public – it is a flip phone with a folding display after all! However, after the excitement of using a folding phone washed down, I wondered – what’s the practical purpose of the Razr? The folding display doesn’t achieve anything apart from the flip phone form factor. Surely, it folds into half but that’s it – there’s no other purpose to the folding display. Compared to conventional smartphones, it feels unnecessary, especially with an extra unfolding process added to all your usual phone activities. The Quick View display is trying to do a lot but its smaller size hardly makes it useful.

Hence, if you want to splurge your cash on the Motorola Razr 5G, you have to ask yourself these questions:
-Do you honestly want a flip phone with the folding display technology that’s still in its infancy stages?
-Do you want your phone to be more of a fashion statement than just a big “logical” slab of glass?
-Can you take care of the phone more than you would of your own kid? If the answer is yes for all, go ahead and buy the Motorola Razr 5G. You will love it for what it is. It’s exciting to look at, exciting to use, and exciting to rock. It aces the charts of the best gadget to spend on this festive season.

Recently, Lucasfilm Games and Bethesda Softworks announced the new Indiana Jones game. The game is in early development, and MachineGames, the same studio that...
Read more