When installing software on Ubuntu, sometimes you may be required to add third-party PPAs. Adding PPAs enables you to access software packages that have...
Read more
News

Chetanhttps://thcb.in
After a lot of teasing OnePlus finally launched its latest flagship smartphone — OnePlus 8T in India. This is the fourth smartphone of the company to launch this year. Keeping in mind the ongoing competition in the Indian smartphone market, OnePlus has priced the device competitively. OnePlus 8T comes with a starting price tag of Rs 42,999 and it will give a tough fight to the recently launched Samsung Galaxy S20 FE and the Mi 10T Pro smartphones. The smartphone offers a powerful processor, excellent display and 65W fast charging which is not there in its competitors. So, we used the OnePlus 8T for some time to find out how it performs and does it have the power to take on the other two smartphones.

Design
If you have loved the design of the recently launched OnePlus Nord, then you will surely like the OnePlus 8T as well. The smartphone has borrowed some of the design aspects from the company’s mid-range smartphone. The handset has the same curved rear glass fitted inside the shiny metal ribbon which surrounds the device. One of the major changes in the design aspect of OnePlus 8T is its camera setup. The company has shifted the rear camera from the centre to the top left corner of the device. Along with the change in the camera placement the company has also changed the location to the physical buttons.

The front of the smartphone is dominated by a 6.55-inch Fluid AMOLED display, 16MP selfie camera and a single microphone placed on the top. The bottom of the smartphone consists of the dual SIM slot, USB Type C port, a microphone and a speaker. You will find the volume rockers on the left, while the power button and the signature OnePlus mute toggle are located on the right on the OnePlus 8T. The rear panel made on glass houses the quad-rear camera setup placed inside a rectangular frame. Along with a slightly protruding camera, the rear panel also consists of the OnePlus branding. All-in-all OnePlus 8T feels great in hand. However, the glass panel makes the device slightly slippery so you will have to keep in mind the grip. Despite a shiny back, the smartphone does not attract fingerprints and its vibrant colour option further enhances the look.

The only thing which we feel that the company should have incorporated is the IP rating. It is strange the company missed the IP rating which is offered in the OnePlus 8 Pro. Apart from this, the smartphone will impress you with its design element which makes it look and feel premium and elegant.

The OnePlus 8T sports a 6.55-inch full HD Fluid AMOLED display with 1080×2400 pixel resolution. The display offers a 120Hz refresh rate and 20:9 aspect ratio. In comparison to OnePlus 8, the company has not increased the size or resolution of the display. The only thing it has changed is the refresh rate. The OnePlus 8 offers a 90Hz display whereas OnePlus 8T comes with a 120Hz refresh rate display. The always-on display of the smartphone is protected with a layer of Corning Gorilla Glass 5 on top. The AMOLED display of the smartphone offers great contrast and packs a lot of punch. The display is bright enough for reading under direct sunlight. With the OnePlus 8T, the company has switched to a flat display and you will notice less glare in comparison to the OnePlus 8.

The company has also included various modes for the display like Vivid, Natural and Advanced which users can set as per their preference. The Advanced mode of the display allows users to even set the wide gamut, sRGB and Display P3 colour spaces. The display also offers vision comfort mode in which users can control the colour temperature and lightness of the screen. Apart from this, there is also a reading mode present in all the OnePlus devices and it helps in protecting the eyes from Blue light emission.

The display also performs well and it does a good job in balancing the colour reproduction. The large and vibrant display offers smooth wide angles and you can enjoy your gaming and movie sessions on the device without any hassle. It will not be wrong to say that OnePlus 8T comes with one of the best displays in this price segment.

Performance
The OnePlus 8T is powered by the high-end octa-core Qualcomm Snapdragon 865 processor paired with Adreno 650 GPU. The smartphone comes in two variants 8GB RAM and 128GB internal storage and 12GB RAM and 256GB internal storage. For the first time, the company has decided not to upgrade the processor in its T series of smartphones. The OnePlus 8T is powered by the same processor as the OnePlus 8 and OnePlus 8 Pro. Even with the same processor, the smartphone functions really well and it easily manages to deliver a smooth performance. The smartphone is capable of performing every task thrown at it smoothly be it gaming, editing or multi-tasking. During our time with the smartphone, we played all kinds of games on the smartphone and it didn’t disappoint us at all. We also clicked photos and videos and did some editing using the smartphone and it didn’t slow down at all. Snapdragon 865 is definitely a powerful processor and it does make the device smooth in functioning.

Talking about the audio performance, the OnePlus 8T is one of the few smartphones available in the market which offer dual stereo speakers. The company has placed the primary loudspeaker at the bottom, while the earpiece of the handset doubles up as the second speaker.

The stereo speakers of the smartphone manage to reproduce fairly loud sound and you will hardly notice any distortion. The smartphone does not have a headphone jack and the audio is supported over USB Type-C. The smartphone also comes with Dolby Atmos support and users can enable this option for a better sound experience.

Coming to the software, the OnePlus 8T is the first smartphone of the company to come with Android 11 out-of-the-box topped with the company’s own OxygenOS 11. The software of the smartphone offers stock Android feel with an almost negligible amount of bloatware. With OxygenOS 11, the smartphone has got a new skin which comes with some tweaked animations. The first change which you will notice is in the always-on display of the smartphone. The always-on display of the OnePlus 8T now consists of new clocks and battery percentage logo. Along with this, the smartphone also comes with an Insight AOD mode, which tells you how many times you have unlocked your phone.

The company has also included one-hand mode which further makes it easier for the users to use the device. Apart from this, like the other OnePlus smartphone this one also comes with the Zen mode which gives you the ability to put your phone and all distractions out of sight so you can focus on other things. The smartphone also offers a group Zen Mode which allows you to invite your friends to come together and stay focused as a group on the conversation or task at hand. We are impressed with the look, feel and smoothness offered by the OxygenOS 11.

The OnePlus 8T offers an improved camera setup in comparison to its predecessor. The smartphone offers a macro sensor of a higher resolution and the inclusion of a monochrome sensor is a welcome change. The smartphone is capable of capturing some really bright and striking images. You will notice accurate colour reproduction in the images with no oversaturation or noise. The images captured using the zoom functionality also offered ample amount of detailing. The photos taken using the ultra-wide angle lens also offer accurate colours with almost the right amount of detail. 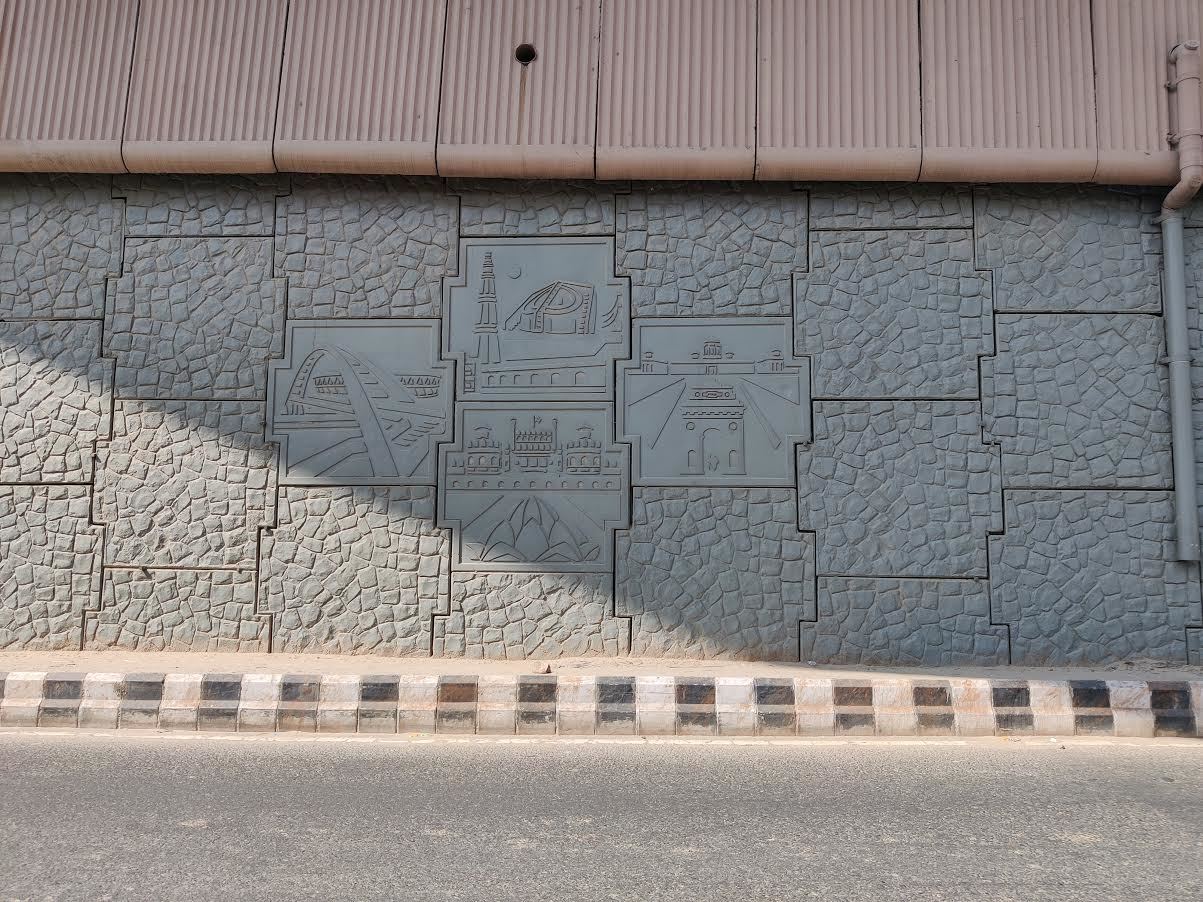 As mentioned above the macro camera on the OnePlus 8T comes with improvement and you can notice that in the images captured. The macro shots were reproduced well and came with a great amount of detail. However, the company will have to work a little bit more on the portrait and nightscape mode. The images captured using the portrait mode were not that great and skin tone does not come out accurately. Moreover, the camera also applies unnatural skin smoothening which might not be liked by many. The camera had some problems in focusing during the shots captured in the night. The camera still manages to capture a lot of light even in conditions with bad lighting. The monochrome lens also works fine and will be loved by those who are into black and white photography. However, one strange thing which we notice about the monochrome lens is that when you want to click a black and white image then a mono filter comes above the photo mode which is the main camera. So, if the main camera is only clicking the black and white images then what is the point of having a monochrome sensor in place. The OnePlus 8T manages to deliver some good selfies which you can easily share on your social media. You will not notice any noise in the selfies and they also come out pretty clean.

Battery
OnePlus 8T is backed by a 4,500 mAh battery with support for 65W fast charging. During our testing, the smartphone managed to offer approximately 18 hours of battery backup on a single charge. The interesting thing to note is that the smartphone comes with 65W Wrap charge support which will quickly charge your smartphone. The company claims that that smartphone can charge from 0 to 100% in 39 minutes and we agree with the company as the device did charge completely in the said time.

Verdict
There is no doubt that OnePlus 8T is a solid smartphone. The OnePlus 8T comes with a premium design and offers all the high-end specifications that one expects from a high price smartphone. Along with all this, the inclusion of 65W fast charging adds more weightage to the smartphone. At a starting price tag of Rs 42,999, OnePlus 8T is a fine deal. At this price, you get a powerful processor, 120Hz display and 65W fast charging. OnePlus has got the ammo in the form of this smartphone to take on the competition in this price segment.

When installing software on Ubuntu, sometimes you may be required to add third-party PPAs. Adding PPAs enables you to access software packages that have...
Read more
News