PES 2021 Cover Will Feature Messi and Ronaldo Together

While EA is working on removing toxicity from its upcoming FIFA, Pro Evolution Soccer a.k.a., PES developers, Konami has revealed the cover stars for its upcoming title, PES 2021. And interestingly, two of football’s modern legends, Messi and Ronaldo will share the PES cover for the first time in the game’s history.

Konami recently revealed the PES 2021 physical box for the PS4 with an official cover. This year, much like previous years, the company has put the faces of four of its ambassadors on the cover. This includes Barcelona’s Lionel Messi, Juventus’ Cristiano Ronaldo, Manchester United’s Marcus Rashford, and Bayern Munich’s Alphonso Davies.

While both Ronaldo and Messi have been featured separately on PES covers in the previous editions, there is not one PES cover in which both these stars are together. However, Konami decided to put these two jewels in side-by-side in the middle of the cover of PES 2021. 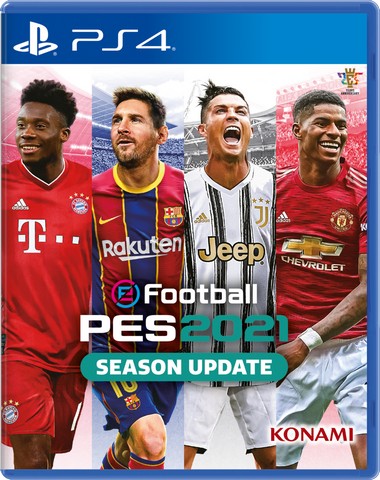 Now, if you take a look at the cover (above), you will notice that Konami is selling the eFootball PES 2021 as a “Season Update”. This means that it will be a cheaper game than its previous iterations and will contain minor changes.

This is because, reportedly, Konami is working on a big engine change coming in the next year. Nonetheless, this does not make PES 2021 a “bad” game, per se. The developers have worked to acquire many new club partnerships to expand the official clubs in the game.

PES 2021 is set to hit the market on September 15 for PC, PS4, PlayStation 4, and Xbox One. The standard edition will come for $30 (~Rs 2229) and there will be a $35 digital-only Club Editions version that will include special content for specific clubs like Manchester United, FC Barcelona, Juventus, Arsenal, and FC Bayern Munich.