I’m guessing that you are probably using Firefox or a Chrome-based browser like Brave to read this article. Or, maybe, Google Chrome or Chromium....
Read more
News

Xiaomi just took the wraps off a boatload of new IoT products in India and Realme is now gearing up to follow suit on 7th October. The Chinese giant has already confirmed that it will launch 4K SLED Smart TVs, Realme 7i, and more next week. And as teased last week, the Realme Buds Wireless Pro and Buds Air Pro will also see the light of day at the IoT event.

The company took to Twitter earlier this morning to reveal that Realme Buds Wireless Pro will arrive as the newest addition to its audio portfolio. It will be a neckband-style wireless earphone, like its predecessor, but with major upgrades on the audio front.

Get ready to make your life cooler and uninterrupted with the new #realmeBudsWirelessPro. It’s time to vibe to your music without the noise as we #LeapToNextGen.
Launching at 12:30 PM, 7th October on all our official channels.
Know more: https://t.co/tLXhxsvV8J#NoiseOffMusicOn pic.twitter.com/zclSLKC1sV

The company has set up a dedicated microsite for the Realme Buds Wireless Pro on its official website and Flipkart. It reveals not only the new design but also some of the key features of the wireless earphone.

As you can see, the Realme Buds Wireless Pro retains the signature black and yellow color scheme. It will also be available in a green color. The earbuds support magnetic connection to turn on & off the music playback. The highlight of the Buds Wireless Pro will, however, be Active Noise Cancellation (ANC) support. It will be able to offer noise cancellation up to 35dB, as per the teasers. 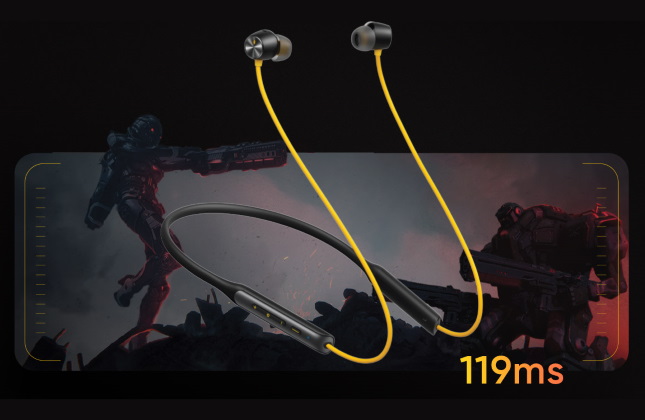 Realme Wireless Buds Pro will also support Sony LDAC Hi-Res Audio codec, along with 13.6mm Bass Boost drivers, and the Game Mode that brings the latency down to 119ms. The company has also revealed the battery life for this pair of wireless earbuds. It promises up to 22 hours of battery life with ANC turned off and 16 hours with ANC turned on, which is not bad at all.

Alongside the neckband-style earphones, Realme will add a new product to its rapidly growing TWS portfolio. It launched the Realme Buds Air and Buds Air Neo earlier this year but is now set to take on the Apple AirPods Pro with the Realme Buds Air Pro. Its highlight feature will be ANC support and 94ms Super Low Latency mode, which will come in super handy for gamers.

Realme is also switching up the design with its ‘Pro’ TWS earbuds. It will now offer an in-ear design as opposed to the half-in-ear design of the previous-gen TWS earbuds. A new listing for the same has been spotted on Flipkart. We will share more details about these audio products as and when they pour in.

I’m guessing that you are probably using Firefox or a Chrome-based browser like Brave to read this article. Or, maybe, Google Chrome or Chromium....
Read more
News

WhatsApp web version to soon get voice and video calling