Chetanhttps://thcb.in
The increasing prices of smartphones due to multiple reasons compelled the smartphone makers to focus on the ultra-budget price segment. Smartphone makers like Samsung, Honor, Motorola, and Realme came up with the new smartphones in this segment in order to woo customers. One such recently launched smartphone in this price segment is the Realme C11 which retails at Rs 7,499. The smartphone offers sturdy build quality and is a battery beast. It also claims to offer smooth performance and user experience. We used the smartphone for some time to find out whether it justifies its claim or not. Here is our full review of the Relame C11.

It will not be inaccurate to say that Realme C11 is a pretty looking phone in its price segment. The smartphone comes with a price tag of Rs 7,499 but it looks and feels like a budget smartphone. The affordable smartphone comes with a polycarbonate body that does not look and feel cheap. The rear panel of the device houses a dual-camera setup placed inside a square along with the LED flash. The textured rear panel comes with 450 curves engraved in 0.1mm parallel arrangement so it does not attract fingerprints. Along with the camera, the back panel also consists of the Realme branding.

On the front, you get a 6.52-inch display with a mini-notch which houses the selfie camera. The right side of the device has the power button and the volume rockers and left consist of the SIM card tray. You will find the 3.5mm audio jack, speaker grill, and micro USB charging port at the bottom of the device. The only feature missing from the Realme C11 is a fingerprint sensor. Overall, the smartphone offers good looks and the textured back panel enables users to hold the device comfortably by offering them a grip. We can say that it is one of the better looking smartphones in the ultra-budget segment.

The Realme C11 features a 6.52-inch HD+ display with 720×1600 pixel resolution. The display comes with a 20:9 aspect ratio and is also protected with a coating of Corning Gorilla Glass 3+. The Gorilla Glass protects the display from getting scratched while using it. The display is pretty large for the ultra-budget segment and it also functions well. The display is surrounded by thin bezels on the sides but it has a hefty chin. The display does not bleed from the edges and is also adequately bright. You can also control the colour temperature of the display as per your need. There is also an Eye Comfort mode which reduces the blue light from the screen and prevents eye strain. The screen is not reflective and it also functions well under direct sunlight. The large screen also enables users to enjoy watching online content and movies and it comes with sharp viewing angles. 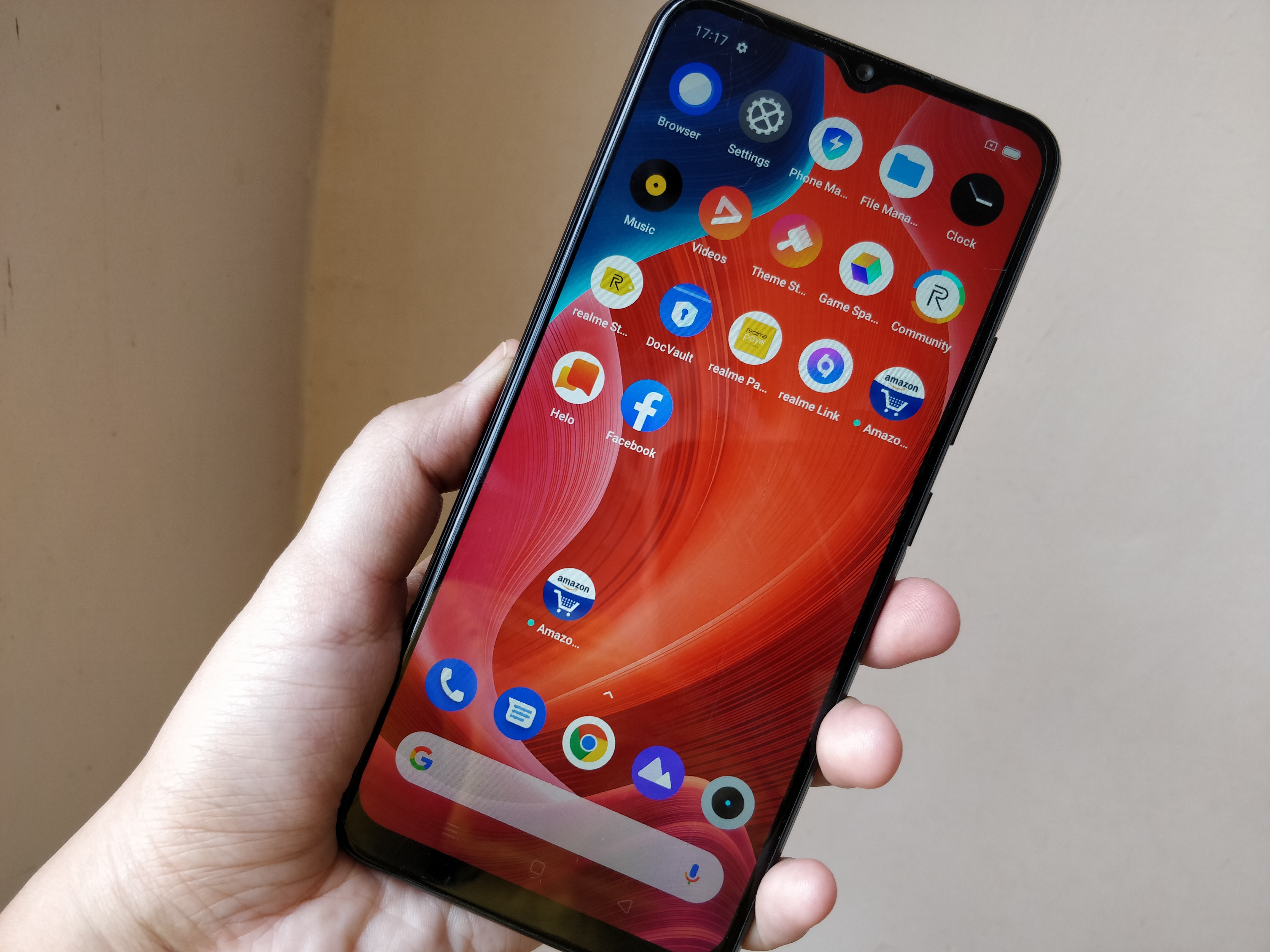 The Realme C11 is powered by an octa-core MediaTe Helio G35 processor with IMG PowerVR GE8320 GPU. The smartphone packs 2GB of RAM and 32GB internal storage which can be expanded up to 256GB by adding a microSD card. The MediaTek Helio G35 is not a great processor and it also affected the performance of the smartphone. With 2GB of onboard RAM and a rather mediocre processor the Realme C11 does lag. There was a waiting time of a few seconds in launching daily apps like Facebook, WhatsApp, YouTube, and others. Multitasking was also not smooth on the device and playing games like PUBG and Asphalt 9 is not a liability. When we tried playing PUBG on the smartphone it took ages for the game to start and the game was lagging massively. In all, we cannot say that Realme C11 is a smooth performer and we would have appreciated it if the company had incorporated a better processor in the smartphone. The audio performance of the smartphone was satisfactory. The audio quality was fine over headphones but it was not that great when we switched to the loudspeaker. 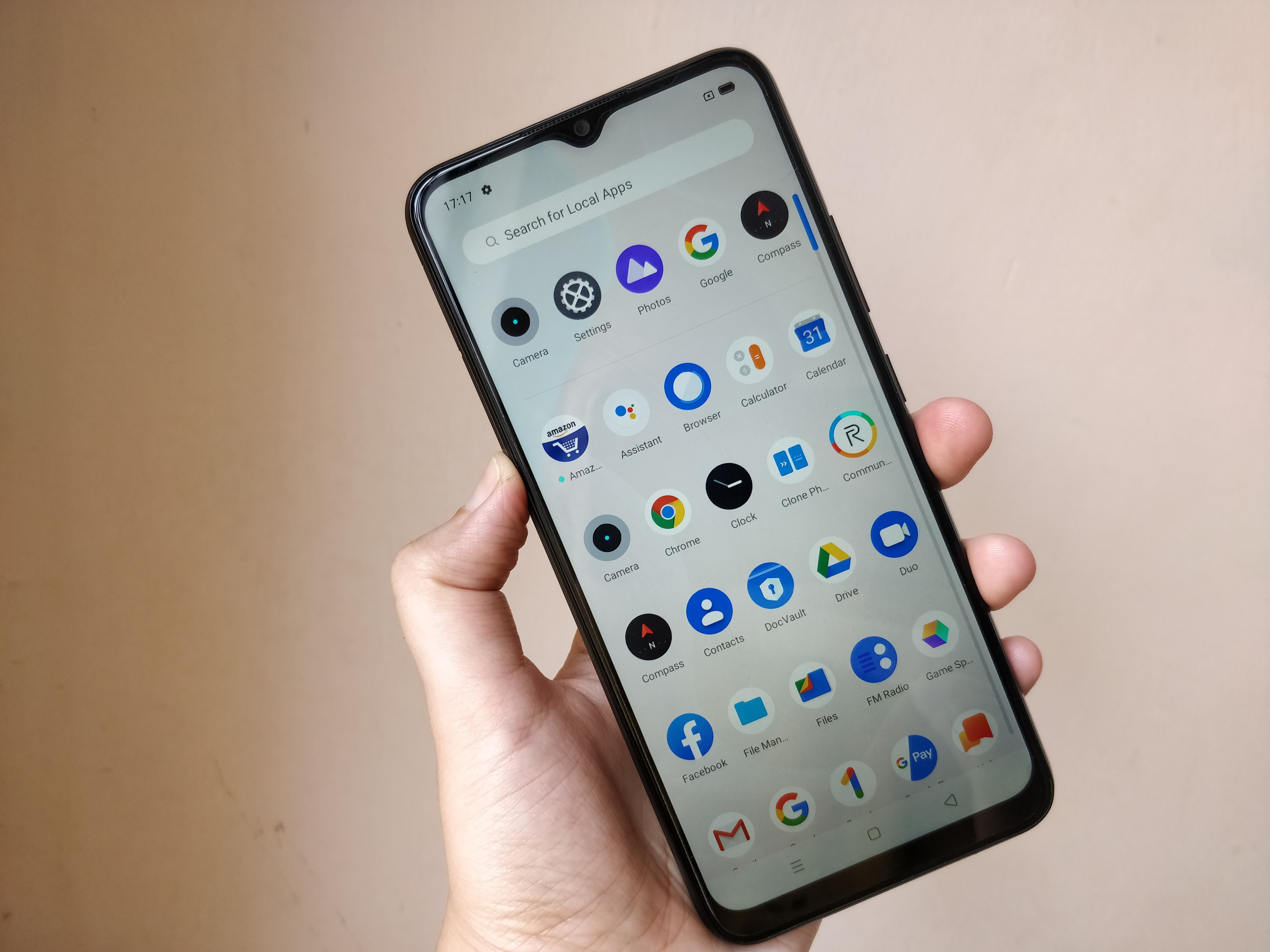 Coming to the software, the Realme C11 runs Android 10 operating system topped with the company’s own layer of Realme UI. The smartphone offers a neat and clean UI. Users get an app drawer where they can keep all their apps. The smartphone does come with a bit of bloatware and all the Realme apps. The company also allows users to uninstall some of the pre-installed apps if they don’t need them. Other than this, the smartphone does function a little bit like the stock Android phone available in the market. Other than the usual Android 10 features the smartphone also offers functionalities like app cloning, game optimisation, split-screen multitasking, and others.

The Realme C11 comes with a dual rear camera setup which comprises a 13MP primary camera with f/2.2 aperture, LED flash, PDAF, and 2MP depth sensor with f/2.4 aperture. The front is home to a 5MP shooter with f/2.4 aperture. Considering the price segment it caters, the smartphone performed well in the camera department. The images captured during daylight turned out to be vibrant and sharp. With rich colour reproduction, the smartphone managed to offer ample amount of detailing and contrast in the captured images. 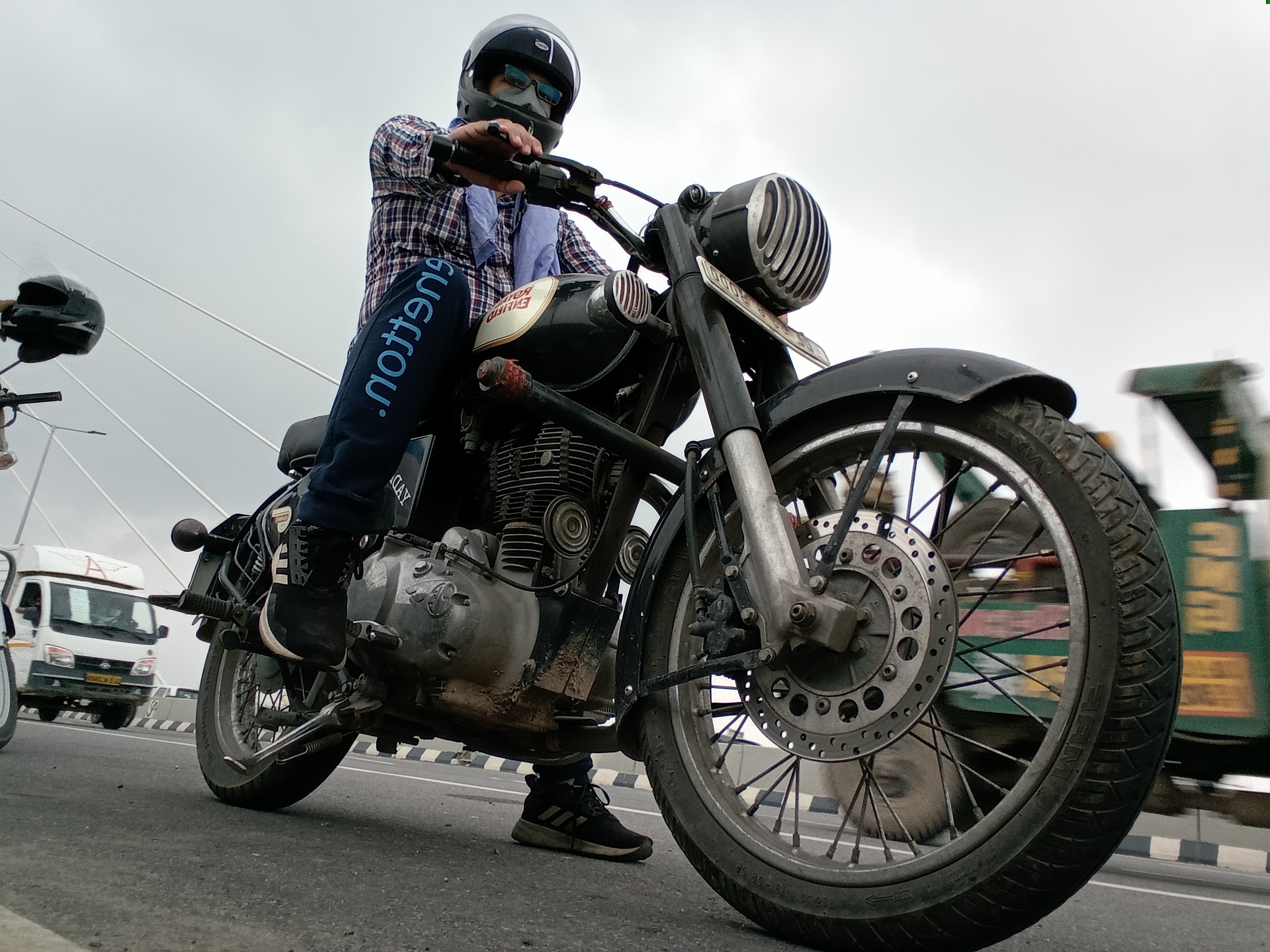 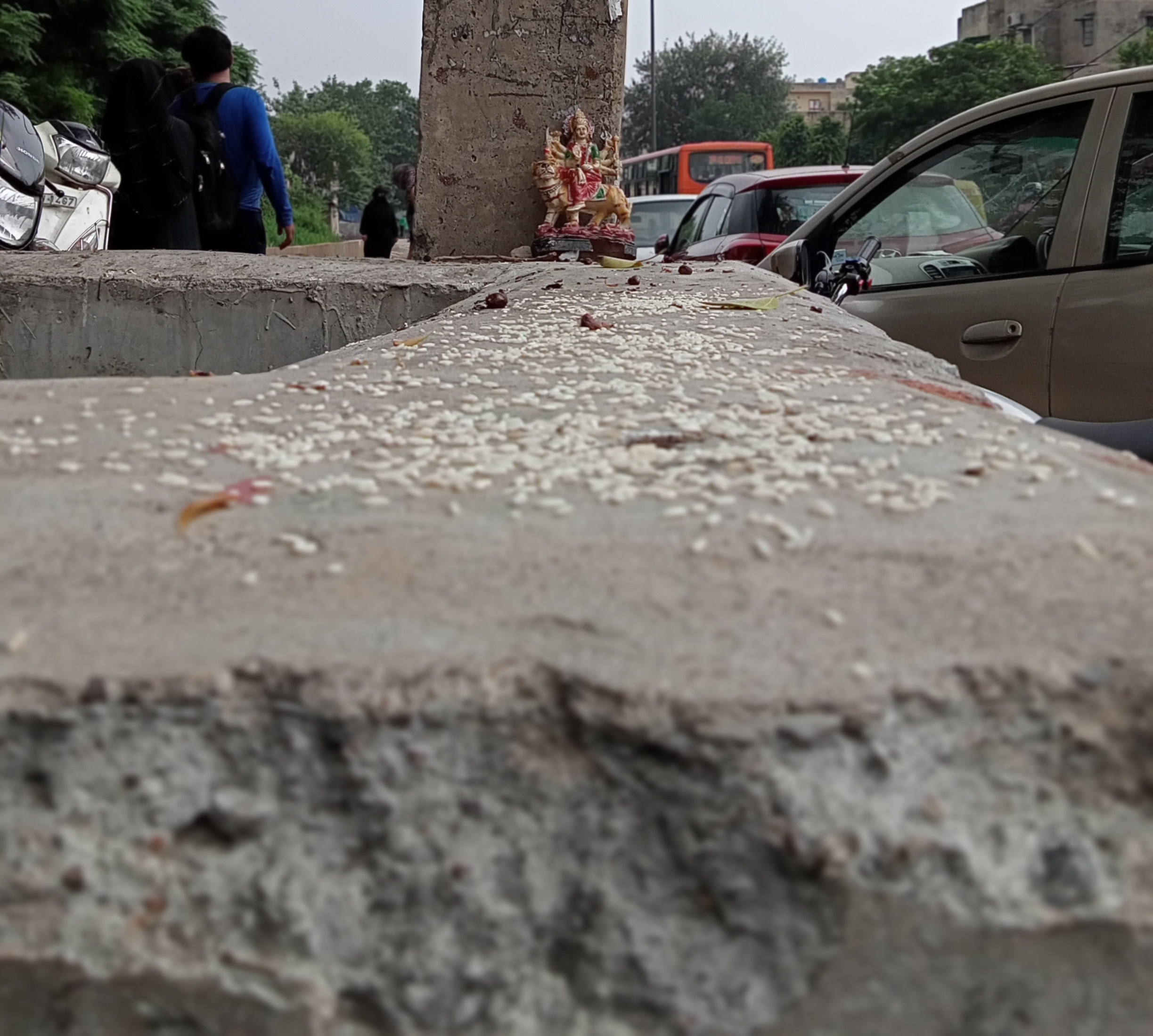 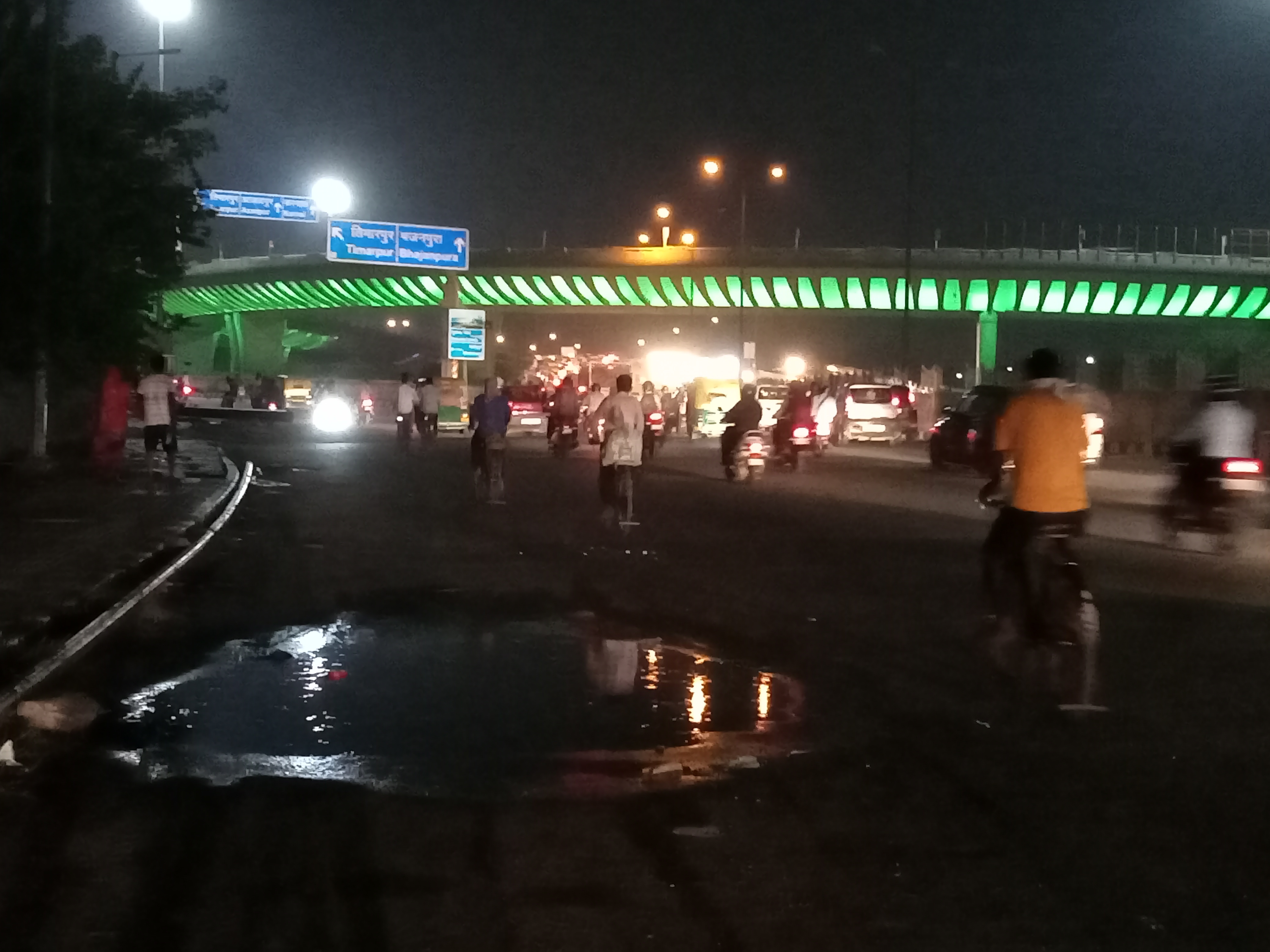 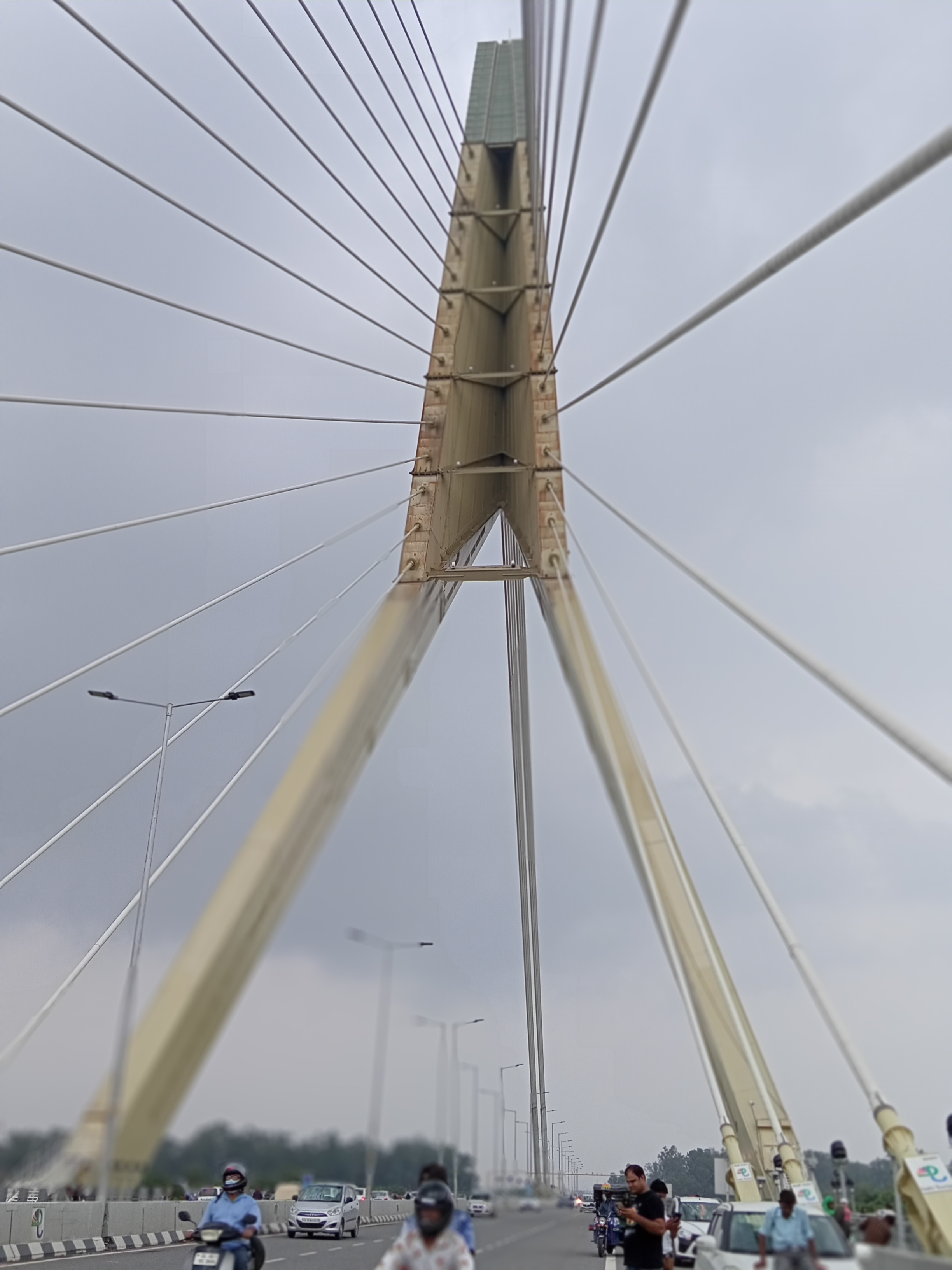 However, we did face a little bit of issue with the autofocus, and image processing also took some time. The closeup shots turned out well but the images captured during the night were not that great. The smartphone comes with a Nightscape mode which tries to reduce the noise and haziness from the night shots. The interesting thing to note is that not many smartphones in this segment come with a night mode but Realme has managed to include it. On the other hand, the 5MP selfie shooter also did a satisfactory job of capturing selfies in broad daylight. The portrait mode was not that great and the selfies captured during the night were also not up to the mark. However, being an ultra-budget smartphone, the Realme C11 does a decent job in the department. 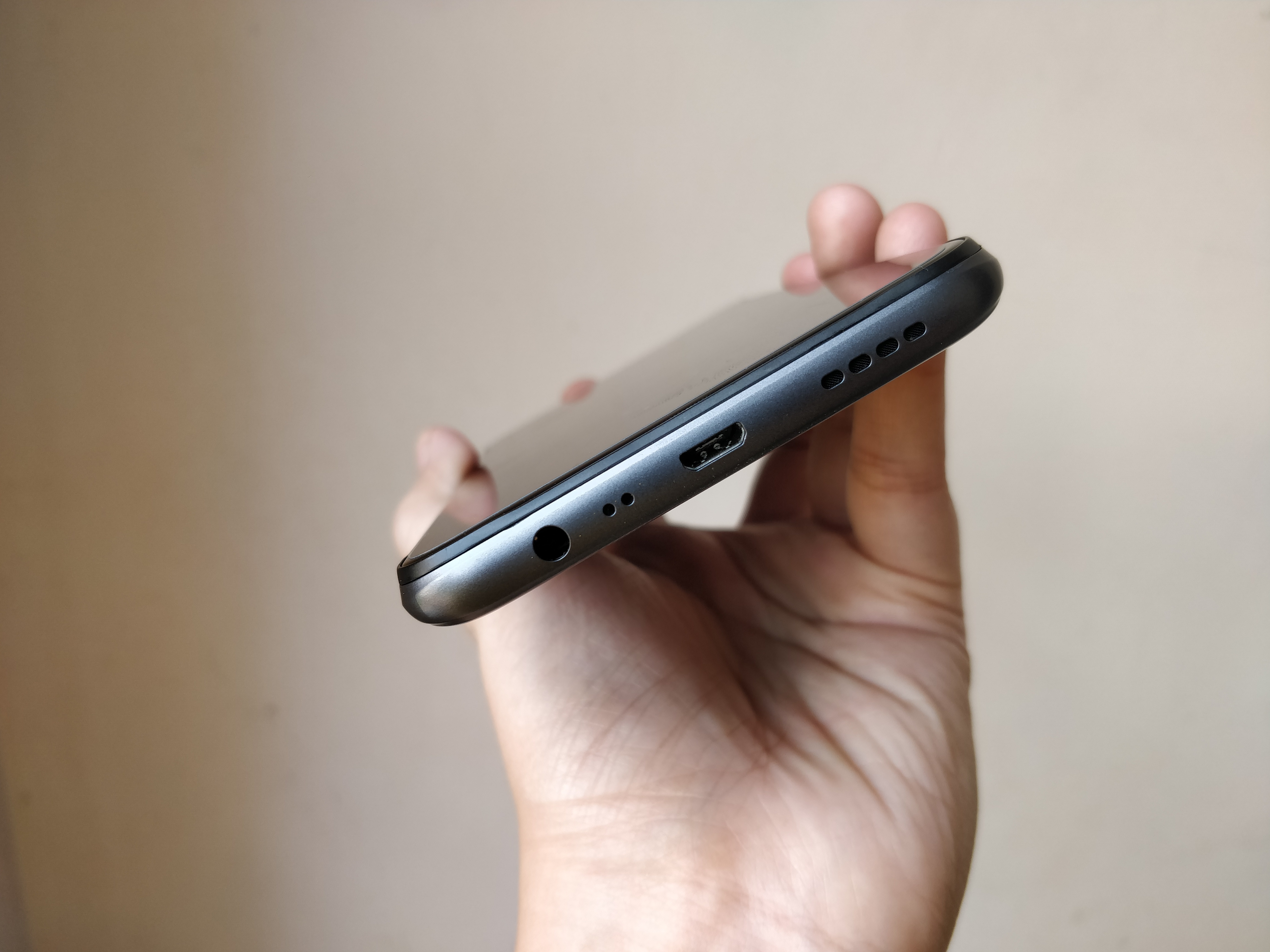 Just like the design, the battery is also one of the highlights of the Realme C11. The smartphone is backed by a 5000mAh battery and with 10W of charging support. In our testing the smartphone managed to last more than a day of mixed usage on a single charge. Also the smartphone took almost three hours to charge completely from 0 to 100%.

The Realme C11 comes with a price tag of Rs 7,499 and it is definitely a good buy for users who are graduating from a feature phone to a smartphone. The device offers good looks, decent display, dual camera, and not to miss a massive 5000mAh battery. The only feature lacking is the fingerprint sensor. Still, the smartphone is more or less a complete package and has the power to give competition to other smartphones in this price segment. Still, if you are looking at the alternatives then you can consider the recently launched Honor 9S which retails at Rs 6,499.

If you're looking for the best cheap Apple Watch deals, then you've come to the right place. We've rounded up the best sales available...
Read more
News

PS5 restock: Sony Direct finally has it back in stock – but it’ll go fast