Though we have been eagerly waiting for Xiaomi to unveil the Mi Band 5 in India, the Chinese giant has gone ahead and launched the first-ever Redmi-branded wearable in the country today. The Redmi Smart Band is an affordable fitness tracker that can be seen as a slimmed-down version of the popular Mi Band. It sports an LCD display, a heart rate sensor, and a fortnight worth of battery life.

Redmi Smart Band has been priced quite aggressively at Rs. 1,599 in India. It directly goes up against the Realme Band, which made its debut in March earlier this year, in this price segment. It boasts almost the same hardware and feature set, so we thought why not go ahead and compare these two budget fitness trackers to see which offers more value for your money.

Here’s everything we will talk about when comparing the Redmi Smart Band and the Realme Band: 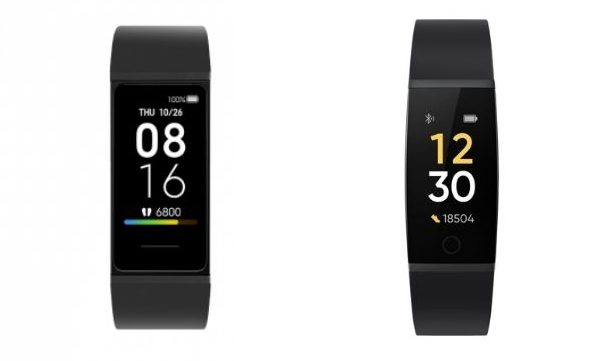 Redmi also offers you a touch display, which means you can easily swipe through the various features on the band on your wrist. Realme Band includes a capacitive button at the bottom of the screen for the same. It does not extend a touch display, which is a major shortcoming and makes using the fitness tracker a bit tedious.

At the end of the day, the design you like is subjective to your preference. Realme Band and Redmi Smart Band both do look pretty good at their price point. The latter weighs just 13-grams and is lighter than the 20-grams weight of the former fitness tracker. The Redmi Smart Band and Realme Band also have one thing in common. They both offer a USB-A charge plug design, which is revealed by pulling off the strap.

Both the fitness trackers are pretty much on par when we talk about software features. If you’ve ever used a Mi Band in the past then you would feel at home with the Redmi Smart Band. It’s offering the same software experience, which supports calls and app notifications, alarms on the wrist, idle alerts, weather updates, and music controls.

The Realme Band might not have had some of the features at launch but the company has since updated it to now support weather updates, music controls, stopwatch, and even a ‘Find my Phone’ feature. You also get app and call notifications, idle alerts, and water drinking reminders with this fitness tracker. But, Realme Band does not include a notification center, where you can read messages and updates at a later stage, as the Redmi Smart Band.

Both the fitness trackers are again not very different on the health tracking front. The Redmi Smart Band and Realme Band come equipped with a PPG heart rate sensor to enable 24 x 7 continuous heart rate monitoring. The fitness bands also use this heart sensor and other data to monitor your sleep pattern, which can be really beneficial.

The fitness trackers also come equipped with a 3-axis accelerometer, which allows the Redmi Smart Band and Realme Band to track our steps and calorie count. This is also one of the segments where the latter leads over the former. The Realme Band supports 9 exercise modes, including yoga, cricket, hiking, running, walking, climbing, spinning, biking, and weight lifting. Redmi Band supports only five sport modes though, which include treadmill, outdoor running, exercise, cycling, and power walking.

Realme Band boasts an IP68 rating for water and dust resistance while the Redmi Smart Band is claimed to be water-resistant up to 5 ATM/ 50 meters.

In the battery department, it’s obvious that the Redmi Smart Band is superior to the Realme Band. The former includes a 130mAh battery pack that can last you up to 14 days on a single charge while the latter houses a smaller 90mAh battery that offers up to 9 days of battery life. 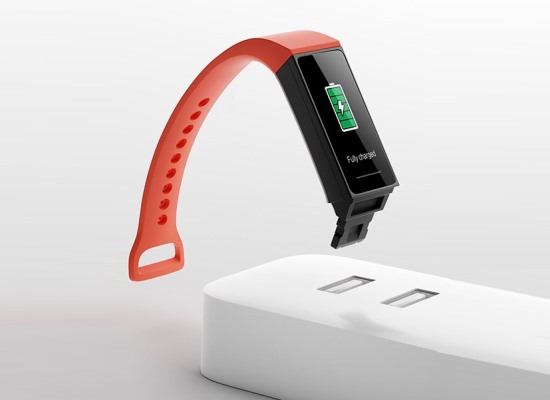 Both Redmi Smart Band and Realme Band come equipped with the same USB Direct Charge feature. You do not need an additional charging cable or cradle for it. Simply remove one of the straps and plug the fitness band directly into a USB-A port to start charging, as you can see in the image above.

The Realme Band has been on sale in India for Rs. 1,499 for close to six months now. The company is currently offering Rs. 200 discount on its fitness band as part of the Realme Days sale until 11th September. It is available for Rs. 1,299 at the moment.

The Redmi Smart Band, on the other hand, has arrived in India today at a retail price of Rs. 1,599. It is just priced Rs. 100 higher than the Realme Band, yet makes it really competitive against the latter’s first fitness band.

Redmi Smart Band vs Realme Band: Which One Should You Buy?

Though the Redmi Smart Band is priced a little higher than the Realme Band in India, I would suggest you get the former because of its ease of use. It includes a touchscreen, which might be an LCD panel, but still better than interacting with the UI via a single capacitive button. Xiaomi’s software is also more polished and fitness tracking should be pretty reliable as well.

Realme Band is the company’s first attempt at making a budget fitness tracker and it does have potential. We can expect the next Realme Band to certainly lock horns with the next-gen Redmi or Mi Band, offering a more polished and reliable experience. At this price point though, I feel the Redmi Smart Band will be a better wearable for an additional Rs. 100 in India.

Google, as you might know, treats us with hidden easter eggs on its search engine to celebrate occasions or events that impact the masses....
Read more
News

With the release of iOS 13 last year, Apple introduced a nifty feature for sharing audio on secondary earphones or headphones that pack Apple’s...
Read more
News