Yet another entrant in Rs 10,000 smartphone segment

Realme seems to be on a different path. The company is in no mood to slow down and is launching a bunch of devices every month. The Chinese brand is aiming to offer more options at each price point for the customers. But, this will make it more difficult for users to choose the right device. We recently witnessed the launch of Realme C11, Realme C12, and Realme C15. These are budget phones that are priced under Rs 10,000. Also Read – Realme Q series smartphone to launch on October 13 with Android 11-based Realme UI 2.0

All the three devices come with almost similar designs with slight changes in the specs sheet. The headline feature of the C15 and C12 is the massive 6,000mAh battery. We have already published the review of C12 smartphone. Here, we will be looking at how Realme C15 performs in the real world and whether it wins the fight against Redmi 9 Prime and Moto G9. Also Read – Realme C12 flash sale today at 2PM: Check offers, price, specifications

When looking at the phone from the front, one will fail to reveal the true identity of it. There are a lot of phones in the budget segment that offers a waterdrop-style notch. This is the reason why companies like Samsung are opting for a punch-hole display design to offer a slightly different look. Forget other phones, Realme itself is using V-shaped notched displays on all the affordable handsets. The back panel of the C15 doesn’t look different from its sibling Realme C12. Also Read – Realme 7 Pro flash sale today at 12PM: Check offers, price, specifications

The cameras are housed in a square-shaped module and it sits flush with the body, which is nice. The same design is also found on Realme C11. Realme has tried to differentiate the rear panel by changing the pattern of texture and paint job. This offers a better grip and doesn’t attract fingerprints. In our opinion, a textured rear panel is better than glossy ones in terms of usability. The Realme C15  comes with an all-plastic build and even feels solid. Though, you will have to bear with a little weight and thickness.

It is being offered in two colors. The Silver color that you can see is a bit muted, but also gives a break from the usual Red or Blue. If you find this color option a bit boring, don’t worry, Realme is also selling the “Power Blue” color model. As per the company, the device is splash resistant too, so you don’t need to worry about a few sprinkles. Moving on, there is no side-mounted fingerprint sensor here and you will find it on the rear panel. During our usage, the scanner worked well in unlocking the phone. Alternatively, you can try the face recognition feature, which works fine.

The Realme C15 has a 6.5-inch HD+ LCD display, which is the standard screen one will find on every budget phone from the brand.  The company should have offered a full HD+ screen as Redmi 9 Prime and other phones in the same price range have it. Nevertheless, the display looks decent and an average user shouldn’t have an issue while consuming media. We do feel the viewing angles could be slightly better. The panel is protected by Corning Gorilla Glass, but the version is unknown. As usual, you get a thick chin and slightly thin bezels on sides. Let’s first talk about the whopping 6,000mAh battery, which is the key feature of the phone. In this department, the company seems to be following the footsteps of Samsung. The brand’s Galaxy M series offers you a 6,000mAh battery, but is not as affordable as C15. However, for a big battery, Realme hasn’t incorporated a competitive chip under the hood. One of its rivals packs a more powerful Mediatek Helio G80 SoC, which is also powering the Realme Narzo 10. So, for balanced overall performance, you can consider buying the Narzo 10 or its more affordable version Narzo 10A. The Realme C15 draws power from an entry-level MediaTek Helio G35 SoC, which is found in cheaper handsets like Realme C11. If you stick to general regular tasks, the device will run well. If you try to push it beyond its limits, then the handset struggle to perform tasks with fluidity. An average user won’t face any issue as far as basic phone usage is concerned. The multitasking experience was fine, but the app loading time was a bit longer than usual. We believe you will get a much enjoyable experience with casual games than the ones with heavy titles.

The base variant of the Realme C15 is 3GB RAM and you get 32GB storage, which will surely not be enough for many. In today’s time, people share a lot of photos, videos, and download files. In addition to this, you don’t completely get full 32GB storage and some of the space is pre-occupied by system and apps. This is something you should keep in mind before buying any phone. For 4GB RAM + 64GB storage model, you will have to shell out Rs 1,000 more. But, with Redmi 9 Prime and Narzo 10A, you don’t need to pay extra. As per our test, you should be getting more than 1.5 days of battery life with moderate usage. But, the results will vary as per your usage pattern. Unlike the C12, the Realme C15 comes with an 18W charger in the box, which is a bit of relief as a 10W charger would have been painful to top up the massive 6,000mAh battery. The charger took two hours and 10 mins to fully charge the device.

As far as software is concerned, you get Android 10 out of the box. Apart from this, you can’t expect that you will get a bloatware-free phone – thankfully that is very less in comparison to other phones. Don’t worry, you are allowed to uninstall most of them. 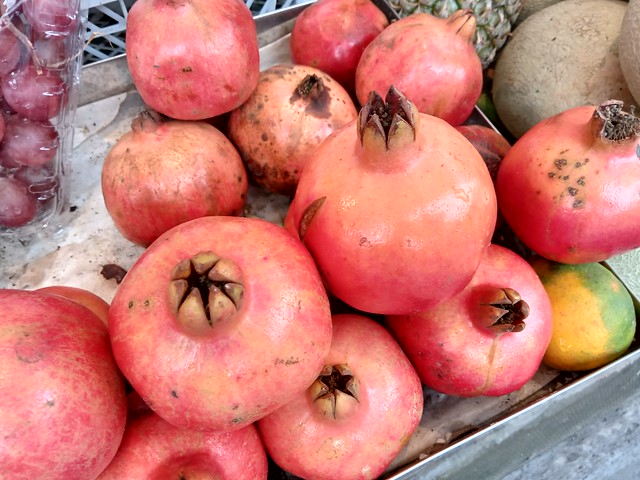 The daylight shots captured using the C15 are quite average. The images lack details, sharpness, and dynamic range. A few shots were above average and colors were retained better with HDR mode. Some of the shots turned out to be too saturated, which is why one should remain far away from Chroma boost as this feature would make the shot look much worse. There is a wide-angle camera, which helps add more people in one frame. But, this doesn’t helps hide the fact that the wide-angle camera performance is not good and is similar to the regular photo mode.

The close-ups shots are fine, but if you try to use digital zoom, which is up to 4X, you will end up having an average image with washed-out colors and minimal details. The Realme C15 does a decent job of capturing selfies, and one can use those to post on social media apps like Instagram.

In low-light, the quality drops, which is expected from a budget phone. However, the night performance is not on par with the competition. Realme offers a dedicated Night mode for better photos when light is low, but it fails to deliver a decent output. The device should have offered brighter night shots with better colors and minimal noise. You need to keep your hands steady for like 5 seconds so that the camera can take multiple shots of the scene. Realme C15: Should you buy it?

For Rs 9,999, the Realme C15 is a bit hard to recommend if your top priority is not the long battery life. With this phone, the brand has kept battery the main focus, and given other areas less importance. In my opinion, the Realme Narzo 10A is a better deal in the same price range. The gaps that the C15 has, the Narzo 10A fulfills that and it is a well-rounded phone. You don’t need to worry about the battery as a 5,000mAh battery won’t be much of a loss if you take other features too into the consideration. Alternatively, you can also go for the Xiaomi Redmi 9 Prime.

realme UI based on Android 10

UI realm Based on Android 10